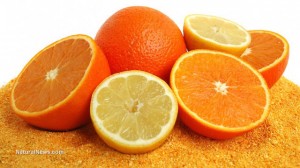 Every year in the US, more than 800,000 people suffer the devastating effects of a stroke, and 150,000 will die as a consequence of the fourth-leading cause of mortality. The sad part of this story is that many of these deaths are preventable by altering lifestyle habits and adhering to a diet that eliminates highly processed foods in favor of fruits and vegetables delivered as nature intended. Elevated blood pressure and a cascade of poor lifestyle choices combine to cause arterial stiffening with age, dramatically increasing the risk of a fatal ischemic event. Increased physical activity is a well known strategy for lowering blood pressure, and a diet including adequate vitamin C intake is now hailed for its ability to improve arterial elasticity that improves the risk of suffering a stroke.

Researchers from the Pontchaillou University Hospital in France will release the results of a study to the American Academy of Neurology showing how eating foods containing vitamin C, such as oranges, peppers, strawberries, papaya and broccoli, may be linked to a reduced risk for hemorrhagic stroke. Hemorrhagic stroke is a less-common cause of the ailment compared to ischemic stroke but is more deadly and occurs when a weakened blood vessel in the brain ruptures and allows blood to leak into and around the brain.

To conduct this study, team members analyzed 65 patients who had experienced a hemorrhagic stroke and contrasted with an age- and health-comparable group of 65 healthy counterparts. Lead author Dr. Stephane Vannier noted, “Our results show that vitamin C deficiency should be considered a risk factor for this severe type of stroke, as were high blood pressure, drinking alcohol and being overweight in our study.” After an analysis of vitamin C blood levels, the scientists found that 41% of all participants had normal levels, 45% had depleted levels, and 14% had levels so low that they were considered deficient in vitamin C.

After following the participant group over the course of 10 years, researchers determined that the participants who had experienced a stroke had depleted levels, while the ones who had not had a stroke had normal levels of vitamin C in their blood. In support of their findings, the team noted that a 2008 University of Cambridge study found that people with high blood levels of vitamin C reduced their stroke risk by 42%. They also cited a 2012 study indicating that consuming chocolate may lower risk of any stroke. That research found that men who ate the largest amounts of chocolate had a 17% lower risk of stroke than men who never or very rarely ate it.

Catherine Paddock, PhD, wrote at Medical News Today, “[O]ne way vitamin C might reduce stroke risk could be by reducing blood pressure, and he adds that vitamin C has other benefits, like helping to make collagen, a protein that gives structure to skin, bones and tissue.” Most citrus fruits and vegetables supply healthy amounts of vitamin C to the diet, and most studies have found that supplementing with vitamin C (1,500 to 3,000 mg per day) dramatically lowers the risk of vascular diseases including heart disease and stroke.