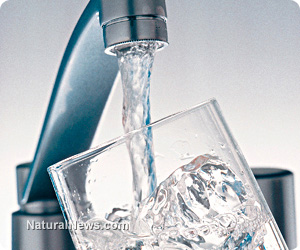 A leading cause of ADHD (attention-deficit hyperactivity disorder) and autism in children could be the hidden chemicals lurking in the foods we eat, the water we drink and the products we consume, says a new study recently published in The Lancet. Researchers from the Harvard School of Public Health (HSPH) and the Icahn School of Medicine at Mount Sinai (ISMMS) found that, among other things, the fluoride chemicals added to many public water systems in North America directly contribute to both mental and behavioral disorders in children.

Building upon earlier research published in 2006 that dubbed fluoride as a “developmental neurotoxicant,” the new review included a meta-analysis of 27 additional studies on fluoride, most of which were from China, that linked the chemical to lowered IQ in children. After thorough analysis, it was determined that fluoride obstructs proper brain development and can lead to autism spectrum disorders, dyslexia, ADHD and other health conditions, a “silent epidemic” that many mainstream health authorities continue to ignore.

According to the two main researchers involved in the study, Philippe Grandjean from HSPH and Philip Landrigan from ISMMS, incidences of chemical-related neurodevelopmental disorders have doubled over the past seven years from six to 12. The reason for this is that an increasing number of mostly untested chemicals are being approved for use without the public being told where and in what quantities such chemicals are being used.

“[S]ince 2006, the number of chemicals known to damage the human brain more generally, but that are not regulated to protect children’s health, had increased from 202 to 214,” writes Julia Medew for The Sydney Morning Herald. “The pair said this could be the tip of the iceberg because the vast majority of the more than 80,000 industrial chemicals widely used in the United States have never been tested for their toxic effects on the developing foetus or child.”

While pesticides dominated the duo’s list as the most pervasive and damaging chemicals whose presence the public is largely unaware of, fluoride, which is intentionally added to public water supplies as a supposed protectant against tooth decay, is also highly problematic. It is also largely ignored by public health authorities as a possible factor in childhood development problems, even though the science is clear about its dangers.

Like lead, certain industrial solvents and crop chemicals, fluoride is known to accumulate in the human bloodstream, where it eventually deposits into bones and other bodily tissues. In pregnant women, this also includes passing through the bloodstream into the placenta, where it then accumulates in the bones and brain tissue of developing babies. The effects of this are, of course, perpetually damaging, and something that regulatory authorities need to take more seriously.

“The problem is international in scope, and the solution must therefore also be international,” stated Grandjean in a press release, calling for improved regulatory standards for common chemicals. “We have the methods in place to test industrial chemicals for harmful effects on children’s brain development — now is the time to make that testing mandatory.”