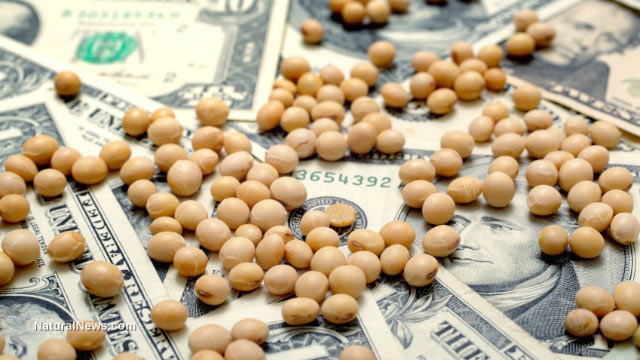 (NaturalNews) Of all the seed oil produced in the US, 90 percent comes from soybeans. The shelf life and temperature stability of soybean oil is increased through the process of hydrogenation, which also generates unhealthy trans fats in the oil.

DuPont developed genetically modified soybean oil that has a fatty acid composition that is low in linoleic acid. Linoleic acid was thought of as the unhealthy component of the oil that causes obesity, diabetes and fatty liver in humans; however, new in-depth research has found hardly any health benefits of GM soybean oil over regular soybean oil.

When scientists at the University of California, Riverside, and UC Davis investigated the differences of the soybean oils, they found that the genetically modified soybean oil was not “healthier” at all. The reduced linoleic acid profile does not reduce diabetes, obesity and fatty liver like the industry had promised.

“While genetic modification of crops can introduce new beneficial traits into existing crops, the resulting products need to be tested for long-term health effects before making assumptions about their impact on human health,” said senior investigator Frances Sladek, a professor of cell biology and neuroscience at UC Riverside.

“Our previous results on mice showed that replacing some of the
fat in a diet high in saturated fats from coconut oil with soybean oil
— to achieve a level common in the American diet — causes
significantly more weight gain, adiposity, diabetes and insulin
resistance than in mice fed just the high-fat coconut oil diet,” Sladek
said.

To conduct their study, the researchers created a parallel diet which replaced soybean oil with GM soybean oil on a gram per gram basis. They were surprised to find out that GM soybean oil induced weight gain and fatty liver just the same.