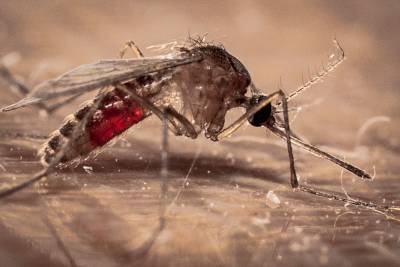 Mosquitoes have been described as the world’s deadliest animals. More aptly, this applies to female mosquitoes, which are the ones that bite humans. While male mosquitoes survive quite well by feeding off of flower nectar, females require meals of blood in order to develop and lay eggs.

The problem is when a female mosquito pierces your skin with her proboscis: it’s similar to inserting a hypodermic needle. Some of her saliva gets injected into your body as she feeds, along with any diseases she may be carrying.

Malaria, yellow fever, dengue, encephalitis, chikungunya, and West Nile virus are all transmitted by mosquitoes. So, too, is Lyme disease and the latest public health “emergency,” Zika virus.

There’s no debating that mosquitoes can indeed be deadly. Humans have been waging war against them since ancient times, when Egyptians began sleeping under nets to avoid their bites. Later, Native Americans are said to have applied mud to their skin and used plants to repel the insects.

Chemicals became the modern weapon of choice; a variety of insecticides, including DDT, have been (and continue to be) used to kill mosquitoes, but at a considerable price — widespread exposure to these toxic chemicals.

Genetic engineering is the latest player in the battle against mosquitoes. Biotech company Oxitec, the genetically engineered (GE) mosquitoes’ creator, has even spun them as a “non-chemical insecticide.” Now, these controversial creatures are one step closer to being released on U.S. soil.

The U.S. Food and Drug Administration (FDA) has agreed with an environmental assessment submitted by Oxitec and stated that GE mosquitoes will not have a significant impact on the environment. Technically, this is referred to as a “finding of no significant impact” (FONSI).

The FDA’s report is preliminary but brings the GE mosquitoes one step closer to being released in Florida.

If approved, Oxitec, in partnership with the Florida Keys Mosquito Control District (FKMCD), plans to release the GE mosquitoes, which go by the name of OX513A, in Key Haven, Florida, an island of the Florida Keys located about 1 mile east of Key West.

The mosquitoes have been genetically engineered to carry a “genetic kill switch,” such that when they mate with wild female mosquitoes, their offspring inherits the lethal gene and cannot survive.

To achieve this feat, Oxitec has inserted protein fragments from the herpes virus, E. coli bacteria, coral and cabbage looper moth into the insects. The GE mosquitoes have proven lethal to native mosquito populations.

In the Cayman Islands, for instance, 96 percent of native mosquitoes were suppressed after more than 3 million GE mosquitoes were released in the area, with similar results reported in Brazil.