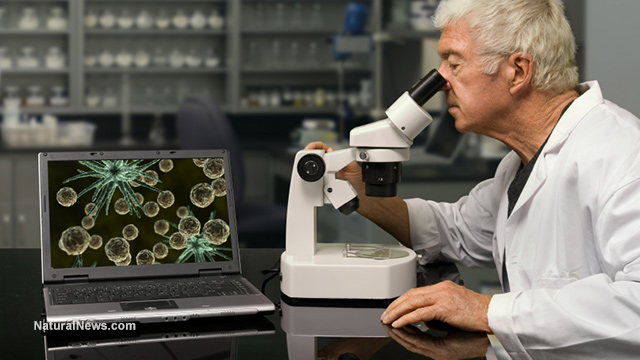 (NaturalNews) A series of eye-opening emails exposing biotechnology industry corruption have finally gone public thanks to the rigorous work of the U.S. Right to Know organization, which is blowing the lid on widespread collusion between academia and the biotech industry.

The pro-labeling group recently exposed numerous university professors for accepting cash bribes and free vacations from Monsanto and other biotech companies in exchange for hawking their chemical wares, a major conflict of interest that calls into question the legitimacy of a whole slew of scientific research claiming benefits from the use of genetically-modified organisms (GMOs) and their respective pesticides.

Kevin Folta from the University of Florida is one such industry shill who is now seeing his name plastered across media headlines, including, perhaps shockingly, at The New York Times, after public records requests revealed that he quietly partnered with Monsanto and its industry allies to promote GMOs through a so-called “biotechnology outreach” program.

Among Folta’s many escapades to this end was a trip to Hawaii that he took on Monsanto’s tab, during which he testified on behalf of the “safety and effectiveness” of GMOs and crop chemicals such as Roundup (glyphosate). Folta repeatedly claimed that he wasn’t financially compensated for this blatant consulting work, but we recently exposed him for accepting a $25,000 “grant” from Monsanto to be “used at [his] discretion” for “research and outreach projects.”

This is, of course, code language for Monsanto paying off Folta to use his academic clout to convince the masses that GMOs are safe and beneficial for humans. It wasn’t until Folta’s financial ties with Monsanto were made public by U.S. Right to Know that the true colors of this charlatan posing as an “independent” research scientist and academic were made plain.

Take a look at our PDF file showing the University of Florida Foundation, with which Folta is affiliated, as a top donor recipient of Monsanto, Syngenta, BASF, and Pioneer Hi-Bred, all companies that market GMOs and crop pesticides here.[PDF]

Monsanto’s “biofortified boys” pretended to offer independent support for GMOs while quietly accepting biotech bribes
Others on the financial dole of the biotech industry include Bruce M. Chassy from the University of Illinois at Urbana-Champaign and David Shaw from Mississippi State University. Both of these men, along with Folta, were collectively referred to by Monsanto and its industry associates as the “biofortified boys” for their work in pushing the pro-GMO cause.

Monsanto approached Shaw in 2013 with a mission to manipulate the U.S. Department of Agriculture (USDA) into endorsing approval for a new type of genetically-modified soybean and cottonseed owned by the company. The organic industry opposed this move, as did the USDA initially, but with enough financial grease, Shaw was able to grant Monsanto its wish.

Chassy performed similar work on behalf of Monsanto when he convinced the U.S. Environmental Protection Agency (EPA) to abandon a proposal it issued regarding tightening the restrictions on pesticide use for insect-resistant seeds. Leaked emails from 2011 show that Monsanto awarded Chassy a “grant” to perform this and other work at the expense of the public interest.

“Is there a coordinated plan to maintain pressure and emphasis on EPA’s evolving regulations?” asked Monsanto global scientific affairs chief Eric Sachs in an associated email to Chassy, illustrating the type of corruption taking place behind closed doors. “Have you considered having a small group of scientists request a meeting with Lisa Jackson?” the email went on, referring to the EPA administrator at that time.