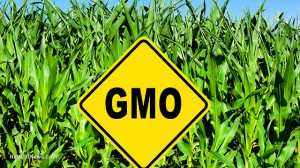 (NaturalNews) Russia has adopted a new law that prohibits all GMO crop cultivation and GMO animal breeding in the Russian Federation, to prevent the release of GMOs into the environment. Furthermore, the new law allows the Russian government to restrict the import of GMO products that may pose a threat to human health or the environment.

In 2015, Russian President Vladimir Putin told the Russian Parliament that the country should become the world’s largest supplier of organic foods. Later that year, Russia enforced a law that required strict labeling of products that contain GMOs, while the Russian Deputy Prime Minister Arkady Dvorkovich announced that Russia would not use genetically modified organisms to increase productivity in agriculture.

“Russia has chosen a different path. We will not use these [GMO] technologies,” he said.

As a result, a bill for a full ban on the cultivation of GMO crops was sent to the State Duma, which has now been fully approved.

Cleanest agricultural products in the world

The new law is a big win for anti-GMO advocates, including the Minister of Agriculture, Alexander Tkachev, and President Putin himself. Putin and Tkachev believe that the new law will aid Russia in becoming the world’s largest supplier of healthy, environmentally friendly and high-quality clean food – especially since the global demand for organic products is rising quickly.

Opponents of the new law are blaming the current Russian agricultural lobbyists of being afraid of competition and the development of new technologies.

As reported by We Are Anonymous, the first draft of the GMO legislation was a topic of heated debate. In an attempt to stop the law, pro-GMO lobbyists published a report claiming GMOs to be healthy and safe.

The study was written by ill-qualified scientists who used articles influenced by Monsanto and other GMO companies for their analysis. The researchers included Alexander Y. Panchin, of the Institute for Information Transmission Problems (IITP) of the Russian Academy of Science, and Alexander Tuzhikov, a research associate at Bascom Palmer Eye Institute, University of Miami specializing in Computer Science, Bioinformatics.

“We performed a statistical re-analysis and review of experimental data presented in some of these studies and found that quite often in contradiction with the authors’ conclusions the data actually provides weak evidence of harm that cannot be differentiated from chance,” Panchin and Tuzhikov wrote in their abstract.

Scientists from the All-National Association for Genetic Safety (OAGB) noted that the methods used for their report did not allow scientists to identify the toxic effects of GMOs; on the contrary, it disguised the toxic effects. Given the flawed nature of their results, Panchin and Tuzhikov’s report didn’t have the effect they were hoping for, which was to halt the non-GMO law.

In a last attempt to block the ban, GMO opponent and president of the Russian Academy of Sciences, Vladimir Fortov, requested a meeting with President Putin to try and convince him of all the benefits GMOs might have. It would seem, however, that the report and the meeting didn’t have much of an effect on Putin’s choice for organic, non-GMO food.

After almost half of the European Union countries opted-out of the decision to start cultivating GMO crops last year, Putin’s ban takes it a step further.

According to some experts, Russia’s ban on the cultivation, breeding and import of GMO crops may have long-term consequences for the global GMO industry. According to Capital Press, the new law could give Russian farmers a leg up with exports to the U.S. and Europe.

As the demand for clean, organic products continues to rise, Russia will be in a prime position to export its products to the world, while the GMO-orientated U.S. market will struggle to get rid of its ‘Frankenfoods.’

To avoid any of these altered foods ending up on your plate, make sure your produce comes from a reliable organic source, or start growing your own. Even if you don’t have a garden, your windowsill or balcony will do just fine.