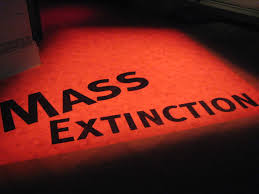 Now that most people are worn out on the Wuhan coronavirus (Covid-19) plandemic narrative, the powers that be are shifting focus to the next phase of their depopulation agenda: the plants.

If the media is to be believed, there is now a “bird flu” outbreak affecting a number of American states, as well as other countries. We are told that a new avian virus is infecting chickens and turkeys, requiring that their bodies and eggs be destroyed.

Inflation is soaring while the supply chain is collapsing, and now the authorities are conveniently slaughtering food animals by the millions. Since January, more than 15 million chickens and 1.3 million turkeys have been destroyed in the United States alone.

The government is using the same fraudulent PCR tests deployed during the Fauci Flu plandemic for human testing to “diagnose” the presence of bird flu in poultry. The result is plenty of “positive” test results that are followed by the mass slaughter of food animals.

“These mass killings of poultry have led to warnings of imminent shortages of eggs and other products in a host of countries, including Germany, Australia and the United Kingdom,” reports the Daily Exposé (UK).

Another “mystery disease” is also said to be spreading, also among wildlife. In at least six U.S. states last year, birds have been dying in large numbers. In England, Italy, Mexico and Spain, birds have also been seen dropping from the sky.

There is also a mass testing campaign happening in several U.S. states where authorities are looking for covid in wild animals such as deer. The North Carolina Wildlife Resource Commission, for instance, claims it identified the presence of covid in white-tailed deer, even though the animals showed no symptoms.

The U.S. Centers for Disease Control and Prevention (CDC) fully supports testing wild animals for covid. In fact, the agency now claims that it is “critical” for health authorities and agencies to track the spread of the Fauci Flu in the wild.

It is claimed that new “variants” beyond Omicron (Moronic) could be spreading in non-humans, and that it is up to the state to find it and eradicate it – does this mean that animals will need to start wearing a mask?

Something is also spreading “mystery illnesses” among insects and even plants. Both pesticides and LED lights have been linked to the phenomenon, as both things create radioactive stress that causes damage to life.

“Tree damage in the vicinity of 5G cell towers is becoming widespread, which isn’t a surprise given that many studies have shown how electromagnetic radiation exposure causes physiological and morphologic changes in plants,” the Exposé adds.

“In fact, what we are currently witnessing is a worldwide collapse of many ecosystems, and this is not merely an unfortunate side-effect of pollution, excessive pesticide use and new street lighting technologies but part of an orchestrated plan to reduce biodiversity on the planet and make the world a more controllable and homogeneous place.”

Soon there will be no more life on the planet if things continue on the current trajectory. The more technology “advances,” the more the planet becomes inhospitable to living things, no matter their form.

The goal is to replace everything real with everything fake. And it appears as though this agenda is getting a major fast-track boost with the war in Ukraine cover story, which is unleashing phase two of the global plandemic.

“Going forward, we will see more and more farmers pushed off the land through orchestrated bankruptcies or weather warfare,” the Exposé warns.