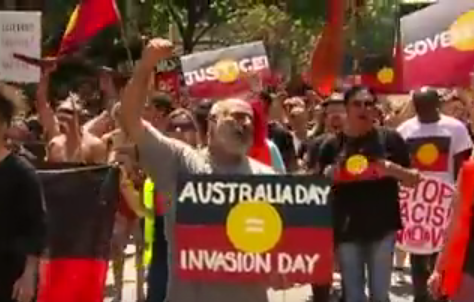 Melbourne: Thousands of Aboriginal activists and other supporters of multiculturalism flooded the streets to protest against ‘Invasion Day’, carrying placards and shouting vulgar slogans. [Another classic example of globalists behind the scenes using the tactic of divide-and-conquer to destroy cultural unity in developed nations so they can be more easily controlled by a global government.