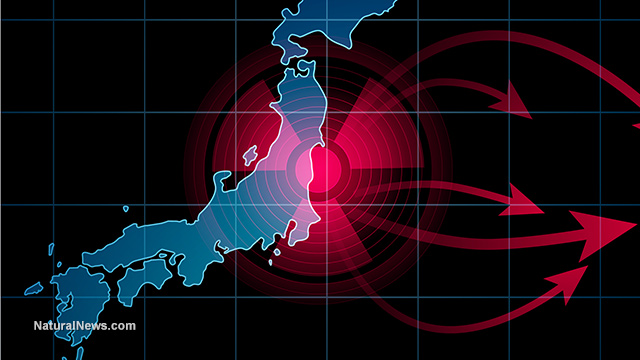 (NaturalNews) Fukushima is Japan’s and the world’s radiation nightmare that will not go away in our lifetimes nor our children’s or grandchildren’s. The Fukushima nuclear power plant is hemorrhaging radioactive toxic waste into the ocean and though we are told not to panic, nor even to be casually concerned, the situation is dangerous and critical to future life on earth. (Story by Dr. Sircus, republished from DrSircus.com)

Ever since March 11, 2011, the damaged plant has been leaking tremendous amounts of radiation. Now Tepco, the operator of the damaged facility, says they have recorded spikes between 50-70 times above average readings in the gutters that pour water into a nearby bay.

The Nuclear Regulation Authority said February 22, 2015, that an alarm went off at the Fukushima No. 1 nuclear plant signaling high radioactivity levels in drainage ditches. According to the NRA and plant operator Tokyo Electric Power Co., the first alarm sounded at around 10 a.m., and another alarm 10 minutes later indicated much higher levels.

The levels of beta ray-emitting substances, such as strontium-90, measured 5,050 to 7,230 becquerels per liter of water between 10:20 a.m. and 10:50 a.m. Tepco requires radioactivity levels of groundwater at the plant discharged into the sea to remain below 5 becquerels. However, it was revealed that Tepco knew about the problem all the way back in May of last year and did not report it.