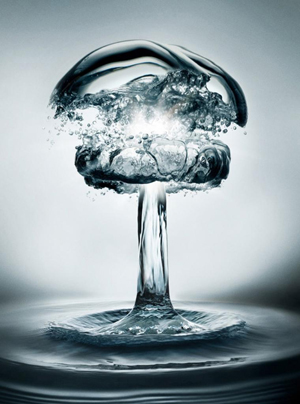 In 1997, Joel Griffiths and Chris Bryson, two respected mainstream journalists, peered into an abyss. They found a story about fluorides that was so chilling it had to be told.

The Christian Science Monitor, who had assigned the story, never published it.

Griffiths also told me that researchers who study the effects of fluorides by homing in on communities with fluoridated drinking water, versus communities with unfluoridated water, miss a major point: fluorides are everywhere—they are used throughout the pharmaceutical industry in the manufacture of drugs, and also in many other industries (e.g., aluminum, pesticide)—because fluorine is very active and binds with all sorts of other substances. Therefore, there is extremely wide public exposure to fluorides.

I want to go over some of the major points of the Griffiths-Bryson article.

Griffiths discovered hundreds of documents from the World War 2 era. These included papers from the Manhattan Project, which was launched to build the first A-bomb.

Griffiths/Bryson write: “Fluoride was the key chemical in atomic bomb production…millions of tons…were essential for the manufacture of bomb-grade uranium and plutonium for nuclear weapons throughout the Cold War.”