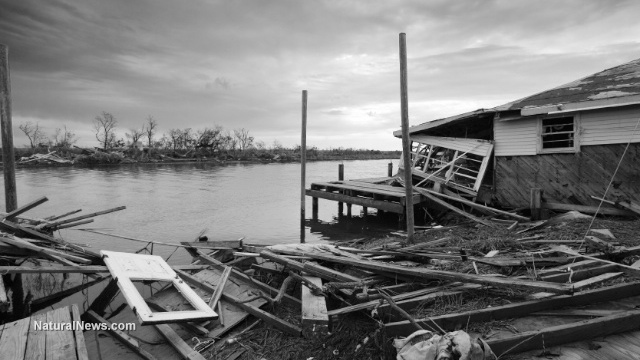 (NaturalNews) The lawless entity posing as the federal government has issued a new guideline pertaining to the distribution of funding for disaster and emergency preparedness that crystallizes the man-made climate change myth. States that refuse to acknowledge and assess the “long-term vulnerability” caused by global warming may be refused federal funding from the Federal Emergency Management Agency (FEMA) for emergency preparedness, according to new reports.

Under the leadership of the Obama Administration, FEMA is now mandating that states conduct a new type of risk assessment that includes “consideration of changing environmental or climate conditions that may affect and influence the long-term vulnerability from hazards in the state.” Any states that refuse to comply with this mandate face being cut off from the gravy train for preemptive emergency preparedness.

FEMA’s 2008 guidelines for emergency preparedness funding did not include this assessment requirement. But those set to go into effect in March 2016 will, according to The Washington Times, which puts so-called “conservative” states (many of which more closely resemble neo-conservative fascist states, but that’s a topic for another article) in a bind.

FEMA says it “recognizes there exists inherent uncertainty about future conditions, and will work with states to identify tools and approaches that enable decision-making to reduce risks and increase resilience from a changing climate,” according to an official statement issued by the agency. “An understanding of vulnerabilities will assist with prioritizing mitigation actions and policies that reduce risk from future events.”