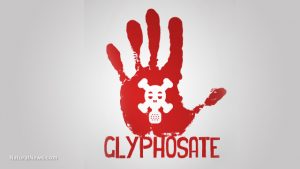 After FDA found weedkiller in nearly 100% of honey products, it kept the information secret and refused to warn the public

By Daniel Barker
The U.S. Food and Drug Administration (FDA) has been doing its best to protect Monsanto and the entire GMO industry by dragging its feet and hiding information regarding glyphosate content in foods.

Glyphosate, the most widely-used herbicide on the planet and an essential component in GMO agricultural methods, has been the subject of increasing concern – particularly since the World Health Organization (WHO) classified it as a “probable human carcinogen” in 2015.

For many years, the FDA avoided testing foods for glyphosate residue at all, parroting Monsanto’s assurances that the herbicide poses no threat to human health, but under mounting public pressure it finally began conducting tests in February of this year.

Although the agency routinely tests foods for other pesticide residues, it has rather suspiciously left glyphosate off of the list until now.