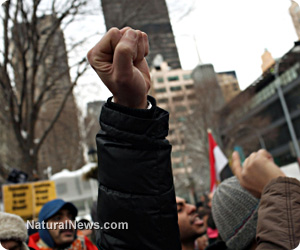 The industrial model of corporate agriculture that is now a mainstay of modern American food production — and a major cause of environmental pollution and widespread illness — is spreading like a deadly virus into eastern Europe, where new draconian regulatory standards in the country of Poland threaten to eliminate the heritage of farming practices that have sustained the country’s millions of small-scale family farmers, and their loyal customers, for centuries.

According to The Ecologist, the Polish government is right now trying to enforce oppressive new sanitary standards for food production that make it near-impossible for local food producers to grow and sell their goods in local shops and restaurants, which they have done for many years without issue. Countless small- and medium-scale Polish farmers are effectively being barred from the food market entirely due to these regulations, as only the largest food producers in Poland will be financially able to comply with the new rules.