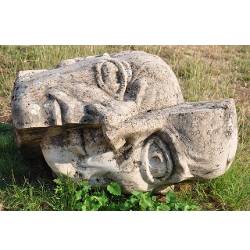 GMOs and glyphosate. It’s tough to talk about one without mentioning the other. The majority of GMO crops are engineered to resist Roundup, whose primary ingredient is glyphosate.

We have two action alerts we’d like you to sign this week. One deals with regulating GMO crops (we’re for tighter regulations, or better yet, moratoriums). The other deals with glyphosate (let’s ban it).

But before you scroll down and sign, it’s worth pointing out a detail sometimes overlooked in the GMO debate. Before “Roundup Ready” crops came on the scene, farmers who used herbicides (not that we’re for that) had to be careful to spray the weeds, not the crops. Otherwise, they might kill the plants along with the weeds.

Then along came seeds engineered to grow plants that won’t die, no matter how much Roundup (glyphosate) farmers spray directly on them. But could food sprayed with generous amounts of a weed killer be safe to eat?

Sure, if you can get the U.S. Environmental Protection Agency (EPA) to use its authority to set “safe” limits for glyphosate residue on food. Which the agency did, despite warnings from its own scientists that glyphosate is carcinogenic. And when farmers needed to spray greater quantities of Roundup, because weeds evolved to tolerate it, the EPA turned around and upped the “safe” limits—allowing even more of this cancer-causing toxin to remain on food intended for human consumption.

Glyphosate is linked to more health problems than just cancer. It is likely an endocrine disruptor, though Monsanto has gone to great lengths to deceive the public and the EPA on that issue.

That brings us to our action alerts. Once every 15 years, the EPA is required to review and decide whether or not to re-register each pesticide. This year, glyphosate is up for review. Rumor has it the EPA will announce its decision sometime this week. In light of the recent determination by the World Health Organization, and mountains of new evidence linking glyphosate to human health risks, will the EPA sign off on glyphosate again?

While the EPA weighs the wisdom of allowing a cancer-causing toxin on your food, the Obama administration is pondering how to continue pandering to the biotech industry, while pretending to care about consumer concerns relating to labeling, safety testing and other regulations. Amidst all the talk about regulating and testing and labeling, we have to ask: If a GMO crop is engineered to withstand spraying with glyphosate, and glyphosate causes cancer, why are we regulating, testing and labeling? Shouldn’t we be talking outright bans on any crop grown with glyphosate?