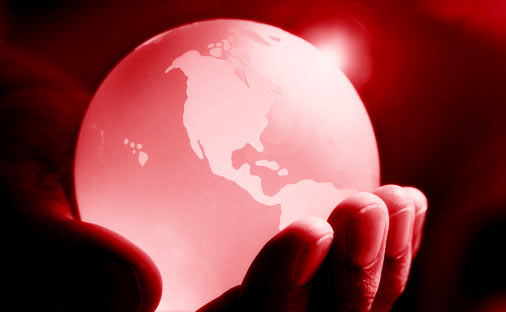 “The Reality Manufacturing Company paints a mural of reality for the masses; the Company paints a bigger and bigger mural, entangling more people in more systems…” (The Magician Awakes, Jon Rappoport)

Behind every phony pandemic, there are a number of agendas in play.

In this case, the Globalist heavy hitters, who are dedicated to managing the planet, view things this way:

***Use a crisis to build a larger structure than previously existed.

As in: one global healthcare system. All-encompassing.

The propaganda? “We can’t defeat Ebola unless all nations form one system that allows prevention and quarantine and immediate treatment anywhere on Earth.”

In that sense, Ebola is the occasion for adding wings to the system.

Ditto for every so-called epidemic.

“Well, we faced down and ultimately defeated virus X. But at great cost of life. Now we have to build better bridges between the healthcare systems of nations—and finally, we need one great Dispensary that adjudicates where drugs and vaccines go, who is quarantined, which borders are sealed off, at any point on the globe.”

The Globalist dream? A single cradle-to-grave maze every person on earth follows, as a docile patient taking orders, submitting to diagnoses, taking vaccines and drugs, allowing their bodies and minds and energies and strength and independence to be drained away.

A single global medical system is the ideal structure of control.

And of course—invent each crisis.

The “medical crisis” is ideal, because it seems to involve no political agenda, no partisan position, no motive other than “helping those in need.”

You’ll be hearing phrases like “the pitfalls of privatized medicine,” and “uncaring corporations,” and “the UN has to step in to solve the Ebola crisis,” and “international cooperation.”

Realize that behind these phrases, there is another op in progress. It has nothing to do with predatory corporations or greedy doctors. It has everything to do with building Medical Central for planet Earth.

Under that system, up the line, a patient would have no choice about whether to accept a diagnosis or take a drug or vaccine.

The watchword will be: compliance.

For “the greater good.”

Over the past hundred years, no force has been more powerful in shaping modern medicine than the Rockefeller empire.

In his 2003 Memoirs, David Rockefeller wrote: “Some even believe we are part of a secret cabal working against the best interests of the United States, characterizing my family and me as ‘internationalists’ and of conspiring with others around the world to build a more integrated global political and economic structure—one world, if you will. If that is the charge, I stand guilty, and I am proud of it.”

Rockefeller is acutely aware that one of the prime strategies for bringing his dream (nightmare) to fruition is: a one-world, all-embracing medical apparatus.

There are some who welcome such an enterprise, naively believing it will mean greater health for all.

For them, I cite (as I frequently do) Dr. Barbara Starfield’s shattering review: “Is US health really the best in the world?”

Starfield was a revered public-health expert working at the Johns Hopkins School of Public Health. Her review was published on July 26, 2000, in the Journal of the American Medical Association.

Starfield concluded that, every year in the US, the medical system directly kills 225,000 people. Every year.

So imagine, if you will, what would happen if the Globalist dream of one “healthcare” system for the planet came true.

And don’t imagine such a system would involve solving the ongoing, endemic causes of death in most of the world: contaminated water, starvation, lack of basic sanitation, overcrowding, poverty.

The World Health Organization has had decades to make a significant dent in those grinding problems. But they talk; they appoint task forces; they study; they demand the distribution of more (toxic) medicines, and vaccines that push already-compromised immune systems over the cliff.