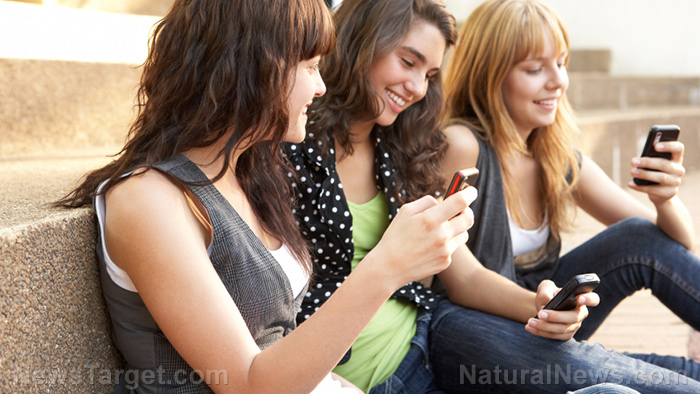 Whatever you do or wherever you go, there is a high chance that you will see a person looking down on a glowing screen. Apparently, this is also prevalent in classrooms. Phone use during class lectures distracts students and makes it harder for them to concentrate, resulting to lower academic performance, a study finds.

Researchers at Stellenbosch University analyzed the impact of digital technology, specifically mobile phones, on the capacity of students to concentrate during class lectures. The study was conducted by means of a meta-analysis of previous studies. In addition, the researchers carried out a survey of 1,678 students at a university in South Africa.

“While ever-smarter digital devices have made many aspects of our lives easier and more efficient, a growing body of evidence suggests that, by continuously distracting us, they are harming our ability to concentrate,” said researchers Daniel le Roux and Douglas Parry.

People today use their phones everyday for at least three hours. Those who are born after 1980, especially today’s students, are considered digital natives as they have grown up with digital technology around them and have easily adapted to this environment. They always “media-multitask.”

The researchers warned that the continuous use of blended learning and technology in class have encouraged the use of media during class lectures. As a result, a lot of studies have found that students always use their phones when they are in class.

Contrary to the purpose of media use during lectures, students use their phones to communicate with friends, use social media sites, watch videos, or just browse online for whatever interests them, instead of following the lecture slides or participating in debates about the topic.

According to the researchers, there are two main reasons why this behavior is troublesome for cognition and learning. First, performance on the main task suffers when multitasking.

“Making sense of lecture content is very difficult when you switch attention to your phone every five minutes,” the researchers said.

They added that this is supported by a strong body of evidence which conclude that using media in class is linked to lower academic performance.

The second reason is that it negatively affects the capacity of the students to concentrate on anything for a long period of time.

“They become accustomed to switching to alternative streams of stimuli at increasingly short intervals. The moment the lecture fails to engage or becomes difficult to follow, the phones come out,” they explained.

As a result, some universities in the United States have declared their lectures device-free in an effort to develop engagement, attentiveness, and critical thinking skills among their students.

Indeed, technology makes life easier and more fun in a lot of ways. However despite of these things they offer, the researchers warned that “we should be mindful of the costs.”

Given the findings of the study, published in the journal Computers in Human Behavior, the researchers urged educational policy makers and lecturers to think about the effect of media use on the cognitive function of students.