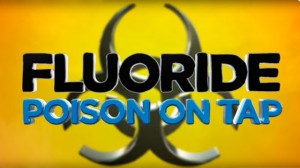 Science confirms yet again that fluoride damages brain development and cognitive function. Now you know why the government insists everybody keep drinking it…

An informed, awake, intelligent population is the greatest threat to every failing totalitarian regime. The last thing the political class wants is a nation full of people who can think for themselves.

(NaturalNews) Fluoride is commonly found in tap water thanks to a process called fluoridation – which the U.S. government has been repeatedly telling us is a safe and effective way to protect teeth from decay, according to Global Research.

But a recent study published in The Lancet, the world’s most renowned medical journal, has actually classified fluoride as a neurotoxin – something which has a negative impact on brain development – alongside other extremely toxic compounds such as arsenic, lead and mercury.

A large number of cities within the U.S. are pumping their drinking water systems full of fluoride, and the government is claiming that there are no health risks to this unnecessary practice.

Why is fluoride added to water?

Fluoride is added to water because of an outdated notion that it prevents dental decay, according to Scientific American. If applied frequently in low concentrations, the U.S. is being led to believe that it increases the rate of growth and size of tooth enamel – which helps to reverse the formation of small cavities.

There are many safer ways to provide fluoride for your teeth if they are deficient. In fact, there is a very easy one time gel treatment that takes only 15 minutes and lasts a lifetime, according to Ye Olde Journalist. Teenagers and young adults that have dental fluoride deficiency can easily be tested – although it is likely that their dentist will have noticed the problem and already suggested ways to improve the condition.

What little benefit fluoridated water might actually provide comes entirely through its topical application – meaning that fluoride does not need to be swallowed to benefit teeth, as reported by Fluoride Alert.

So what are the dangers of drinking fluoride?

Fluoride is an industrial-grade chemical that is commonly contaminated with trace amounts of toxic heavy metals – such as lead, arsenic and radium. These trace elements accumulate in our bodies over time, and are associated with causing cancer, among other health complications, according to Fluoride Alert.

Toothpaste labels commonly contain warnings regarding the dangers of swallowing too much toothpaste at one time; this is due to its fluoride content. Meanwhile, fluoridation isn’t actually a common practice in Europe, with countries such as Austria, Belgium, Finland, Germany, Denmark, Sweden, Norway and The Netherlands opting out of adding fluoride to drinking water, according to Alt Health Works.

Over recent years, more and more people have joined the movement to remove industrial fluoride from the world’s water supply, thanks to an increased awareness of the dangers to human health caused by drinking this toxin for a prolonged period of time. If you are concerned about the amount of fluoride you are putting into your body, you can switch to fluoride-free toothpastes and help spread awareness about the dangers of fluoridation.