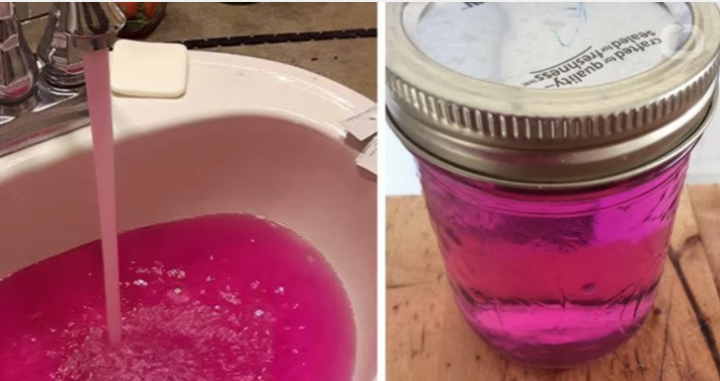 Health officials claim there is no health risk from ingesting unregulated amounts of potassium permanganate — a common chemical used for water treatment. Remember, these are the same ‘officials’ claiming fluoride is beneficial to your health when it is actually a poison.

Residents of a small Canadian town woke up to quite a colorful surprise earlier this week: Hot pink tap water.

Complaints and concerns about the water’s odd hue started pouring into the town’s office on Monday, prompting officials from Onoway, Alberta, to investigate.“This is what just happened in the Town of Onoway,” one local resident posted on Facebook Tuesday afternoon, sharing several photos of the neon pink-colored water in her house. “This is a disaster.”

Onoway’s Mayor Dale Krasnow issued an apology to the town’s 1,000 residents on Monday, and said he would work to assess what exactly happened that led to the strange color.

Krasnow said it appears that a valve may have gotten stuck, allowing potassium permanganate — a common chemical used for water treatment — to get into the sump reservoir and thereby into the town’s water distribution system.