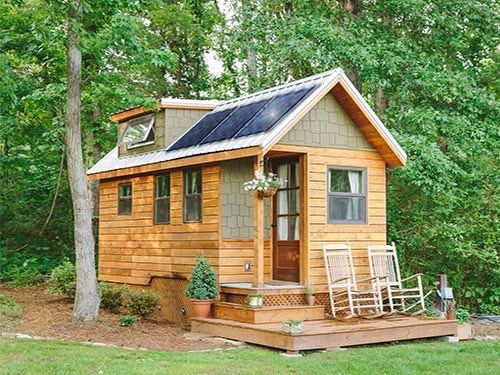 California has been at it again, proving to everyone in the country that the state most loudly proclaiming to be the leader against CO2, the disproven boogeyman of “Climate Change,” is really not interested in the environment at all, but the element of control Climate Change policies provide. There really isn’t any other explanation for what is happening in the Antelope Valley where local government has been taking individuals who live off the grid in the middle of nowhere off of their land by force of law.

In a video shot by Reason TV, several stories are told by the residents of Antelope Valley, most of them living in unique style homes built by their own hands, others living off the electric and water grids doing nothing but living their lives and minding their own business. Many of these residents have received a knock on their doors only to find armed men with guns drawn over municipal and county codes.

That’s right, a virtual armed raid over codes that most people, if viewed objectively, would find onerous and ridiculous to begin with. Nevertheless, residents have found themselves charged with numerous misdemeanors, excessive fines, extortion, and jail over “code enforcement” that is allegedly designed to “protect the public.” These people are then forced off their land in an area that has admitted “homeless problem.”