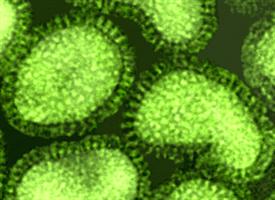 Time and time again, as an investigative reporter, I’ve had the job of informing readers that their most basic assumptions are wrong.
In the medical arena, this is compounded by public acceptance of lies that seem to be absolute science. However, the “science” turns out to be manufactured delusion. The subject of this article is another such case. It flies in the face of massive propaganda that medical authorities have launched to literally brainwash the population.
The flu season is approaching, and of course we will see the Centers for Disease Control urge all parents to act like good little robots and have the whole family jabbed with flu shots.
The usual warnings and predictions will be trumpeted by the CDC and their compliant media.
The one persistent fact that will be shoved across is: every year in the US, 36,000 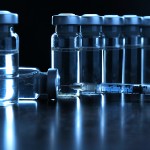 people die of the flu. We’ve all read and heard that figure, over and over.
It’s a “necessary” statistic for the CDC. They need to promote it. They need to convince the population that seasonal flu is dangerous.
The American people don’t understand that it’s a lie, a grossly manufactured delusion that bears no resemblance to reality.
In December of 2005, the British Medical Journal (online) published a shocking report by Peter Doshi, which spelled out the delusion and created tremors throughout the halls of the CDC.

Here is a quote from Doshi’s report:
“[According to CDC statistics], ‘influenza and pneumonia’ took 62,034 lives in 2001—61,777 of which were attributable to pneumonia and 257 to flu, and in only 18 cases was the flu virus positively identified.”
You see, the CDC had created one category that combined flu and pneumonia deaths. Why did they do this? Because they assumed that the pneumonia deaths were complications stemming from the flu.
This is an absurd assumption. Pneumonia has a number of causes. But even worse, in all the flu and pneumonia deaths, only 18 were traced directly to a flu virus.
Therefore, the CDC could not say, with assurance, that more than 18 people died of the flu in 2001.