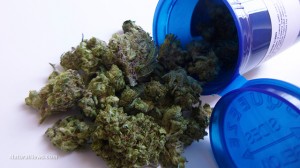 (NaturalNews) Use of many prescription drugs has plummeted following the legalization of medical marijuana, according to a study conducted by researchers from the University of Georgia and published in the journal Health Affairs.

The researchers found that Medicare prescriptions fell for conditions that can be treated by cannabis, including anxiety, depression, pain, nausea, psychosis, seizures, sleep disorders and spasticity. Prescriptions for other types of drugs, such as blood-thinners, remained unchanged. This led the researchers to conclude that legalization led directly to the changing prescription habits.

The drop in prescriptions led to a measurable decrease in Medicare spending in those states.

“We wouldn’t say that saving money is the reason to adopt this. But it should be part of the discussion,” said study co-author W. David Bradford.

The researchers are also analyzing the effects of medical marijuana legalization on prescriptions paid by Medicaid, the federal-state insurance program for low-income people. Preliminary data from that study show an even larger drop in pharmaceutical prescription costs.

Much of the savings might come simply from the fact that insurance does not cover medical marijuana, which can cost a patient as much as $400 per month out of pocket.

“I have some trouble with the idea that this is a source of savings,” said Deepak D’Souza of Yale University, who has research medical marijuana but was not involved in the current study.

But Bradford believes that marijuana legalization does lower overall health spending, because marijuana is so much cheaper than many of the pharmaceuticals it displaces. This analysis is supported by Harvard Medical School emeritus professor Lester Grinspoon, who has written two books on the topic (but was not associated with the new study).
“There’s a limit to how high a price cannabis can be sold at as a medicine,” Grinspoon said.

The lure of lowered health care spending may play an important role in an ongoing review by the Drug Enforcement Administration (DEA), which is considering reclassifying marijuana from Schedule I substance to a Schedule II.

A Schedule I drug is classified as having no medical benefits, and therefore doctors are prohibited from prescribing it and insurance will not cover it. Even in the 25 states (plus Washington, D.C.) where medical marijuana is legal, doctors can only write a referral to a dispensary.

Schedule II drugs (like narcotic painkillers) are permitted for medical uses. If marijuana were moved to this classification, insurance companies would be more likely to cover it.

The recent study suggests other major benefits that the DEA would also do well to consider. For example, many of the drugs replaced by medical marijuana use have dangerous side effects that are not a concern with cannabis. Perhaps foremost among these are opioid painkillers, which are relatively easy to lethally overdose on.
“That doesn’t happen with marijuana,” D’Souza said.

While marijuana can carry its own risks, increasing legalization would make it easier for scientists to carry out research that could guide responsible use.
But on a fundamental level, medical marijuana may simply challenge the medical-scientific model of health care by placing key decisions — and even production of the medicine in the hands of the patient.

“As physicians, we are used to prescribing a dose,” D’Souza said.
“Do you say, ‘Take two hits and call me in the morning?’ I have no idea.”

With natural medicine booming, hopefully more people will wake up to the fact that natural medicines, and foods, are in many ways superior to their lab-engineered alternatives. The health-supporting effects of fresh fruits, vegetables and all-natural superfoods simply cannot be beat.