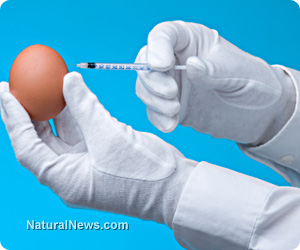 The Grocery Manufacturers Association (GMA) advised in its letter to the U.S. Food and Drug Administration last month that it is planning to petition the agency early this year to authorize the labeling of foods containing genetically modified organisms as “natural.” Known as the “Big Food” organization, GMA represents such companies as The Coca-Cola Co., ConAgra Foods, Bayer CropScience and more than 300 others.

According to GMA’s letter, grocery manufacturers are currently facing 65 lawsuits revolving around the issue of whether or not the foods containing GMOs can be labeled as “natural.” Many of the past lawsuits have resulted in multimillion dollar settlements for consumers who felt that they were cheated by manufacturers’ mislabeling of products. No proper definition of “natural” foods is currently offered by the FDA.

At least 26 states have considered legislation on the labeling of bioengineered foods. Activists in Maine, Connecticut and Vermont have achieved partial success in pushing for mandatory GMO labels on bioengineered products. GMA wants a federal regulation that would overwrite these local laws, however.

The move has caused a lot of outrage from the proponents of natural foods. “Genetic engineering, by its very definition, is not a natural process,” said Colin O’Neil, Director of Government Affairs at the Center for Food Safety. “It is an artificial and novel process, which often involves inserting foreign (often bacterial) genetic material into a food plant, crop or animal.”

There are several organizations that support consumer awareness when it comes to biotechnology. GMO Inside organization, for example, states that GMO foods are already labeled in more than 60 countries, and they promote GMO labeling in the United States. “If corporations won’t label GMO foods, then we the people will,” is the group’s motto. It encourages consumers to print out free “May contain genetically engineered ingredients” labels. While these can’t be used on the products in grocery stores, people can put them on anything that’s already been purchased, such as their own groceries, or food at picnics or work gatherings.