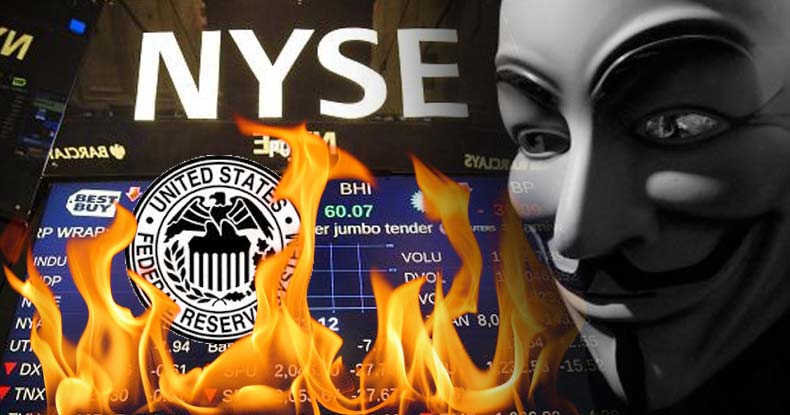 Amidst a global media blackout of Anonymous’ ongoing worldwide attacks on the “corrupt banking cartels,” the hacking collective has now taken down some of the most prestigious institutions in global governance. OpIcarus has recently taken offline the World Bank, the New York Stock Exchange, five U.S. Federal Reserve Banks and the Vatican.

After announcing a global call to arms against the “corrupt global banking cartel,” the hacker collective, known as Anonymous, in conjunction with Ghost Squad Hackers, have taken over 30 central banks offline, including striking many targets at the heart of the Western imperialist empire.

An Anonymous press release explained the intention behind the operation:

The banks have been getting away with murder, fraud, conspiracy, war profiteering, money laundering for terrorists and drug cartels, have put millions of people out on the street without food or shelter and have successfully bought all our governments to help keep us silenced. We represent the voice of the voiceless. We are uniting to make a stand. The central banks which were attacked in recent days were attacked to remind people that the biggest threat we face to an open and free society is the banks. The bankers are the problem and #OpIcarus is the solution.

Operation Icarus was relaunched in conjunction with a video release announcing the beginning of a “30-day campaign against central bank sites across the world.” Since that time, the scope and magnitude of the attacks have increased exponentially, with Anonymous, Ghost Squad Hackers, a number of Sec groups and BannedOffline coordinating attacks — each focusing on separate financial institutions in an effort to maximize the number of targets hit.