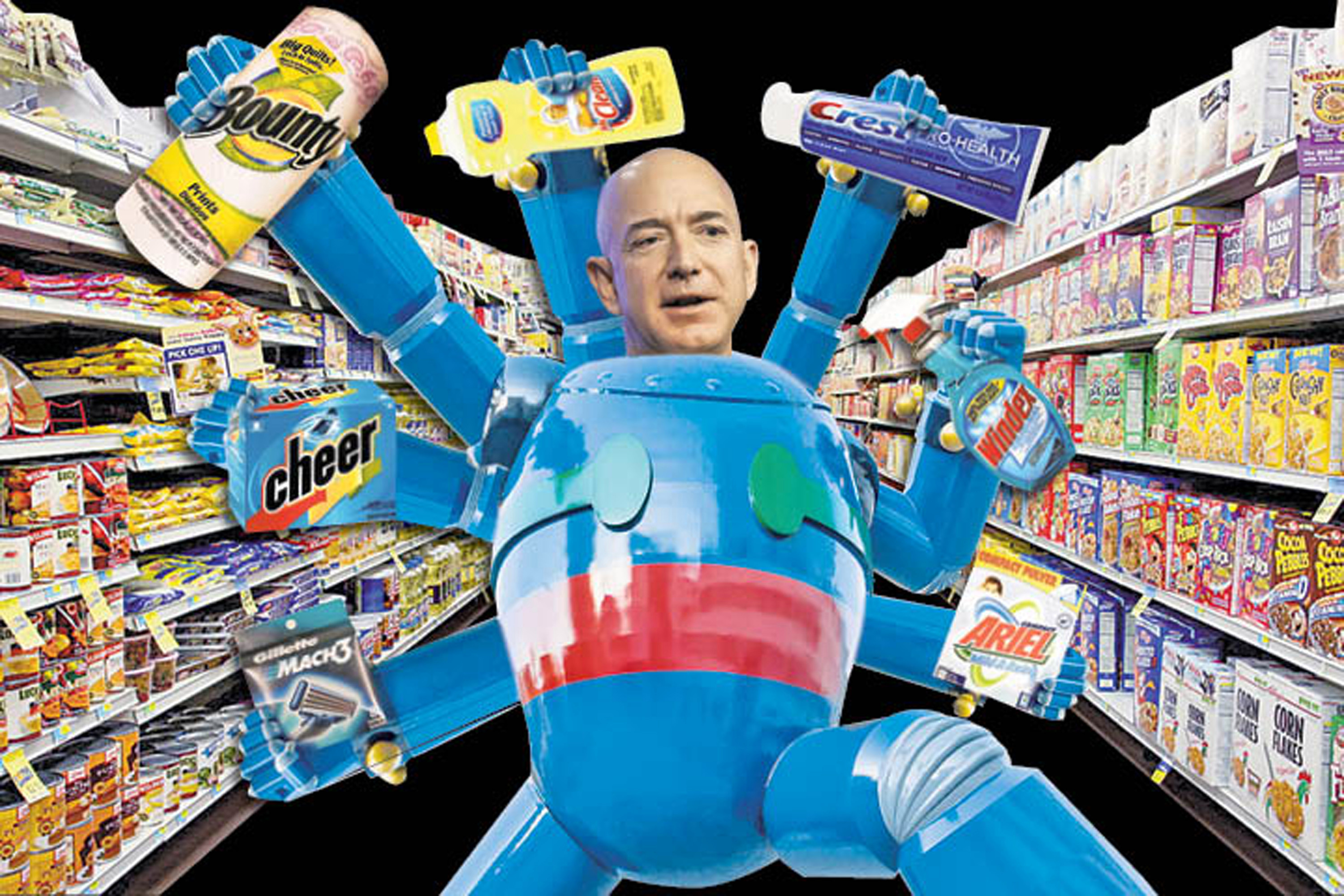 Imagine a 10,000 to 40,000 square foot, two-story supermarket that employs only a few people. The glut of the workforce is robots. A small army of them toils away on the second floor, where they furiously bag items for the customers browsing below. According to a report by the New York Post, this is the prototype of a near-future Amazon supermarket, a colossal version of the new Amazon “Go” convenience store that uses no cashiers or checkouts. And it’s another example of how automation’s already rapid encroachment on the human job market has gone into overdrive.

With human cashiers already rapidly losing their jobs to automated kiosks in many grocery stores, it seems there has been a steady shift away from human labor in grocery stores. The Amazon robot supermarket model would expedite that shift by replacing most of the clerks with robots.

Amazon deferring to technology over people should come as no surprise to those who have followed the company closely. In 2012, Amazon dropped $775 million acquiring the company Kiva for the purposes of robotic warehouse automation. And, of course, there’s the legendary delivery-by-drone plan — featured in a Super Bowl ad over the weekend — that hovers inexorably in our near future.