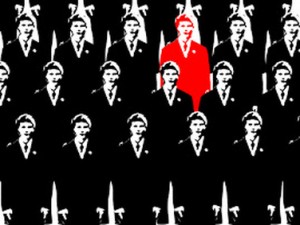 It’s funny how people get all self righteous about not being religious or belonging to some group and condemn anyone who they think is or has been. Naturally most people attempt to be careful about what they align themselves with, but do we really see what all of society is made up of and what we’ve each unwittingly participated in to varying degrees?

Religions don’t have a corner on the market. Perhaps all of us have been cult-ivated in some way.

Cult-ure is called just that for a reason. It’s pretty blatant nomenclature. Merriam-Webster defines culture as the following:

That just about includes every societal behavior or activity. So-called cults, the word derived from the Latin colere meaning to cultivate, are mere start-ups of new and old ideas of group conformity for some objective. In the 60’s these were everywhere as groups and individuals attempted to harvest the spiritual awakening and longings of an entire generation looking for alternatives to the mad military industrial complex-bound world around them. Some were labeled cults by the orthodox minded, but these included a wide range of groups, organizations, alternative learning centers, spiritual fellowships, institutes, break away churches or other so-called “new religious movements” as they preferred to be called.

And the followers were enthusiastic, the word enthusiastic derived from “spirit, or god within us”. Just about any alternative was deemed good, or at least an effort to break free from the system, so there was a lot of experimentation going on. Some of those groups still exist today. Many have been absorbed by the New Age amoeba and yet others grew into powerful organizations. Mind control experimentation was rife at this time as well as the deliberate introduction of mind altering drugs and manipulated music in an effort to scramble society, diffuse dissent, and make it malleable for further indoctrination.

Little did we know. But now we do.

When you finally become awakened and grow detached from this massive matrix ensnaring the world you begin to realize it’s all cults.They’ve simply externalized the idea so we don’t recognize the cults we’re already in. Cult of the personality for example, where sycophantic adoration towards an individual takes place. There are the obvious cases as in showbiz and the media and charismatic religious or social leaders, but this is much more prevalent than people would like to realize. It could be anyone in our lives we’re overly enamored with to the point we relinquish our rational thought. And even worse, our autonomy and individualism, to the charismatic or domineering authority of another, resulting in great devotion to whatever the object and their eventual unquestioned control and spiritual and even physical abuse.

These are all forms of disempowerment or containment, the symptoms to look out for. I’ve written about religion and belief systems quite a bit in this regard, but few realize how social and spiritual pressures are brought to bear via many seemingly innocuous relationships, especially with groups and even loose associations.

Think about school and all the pressures we felt to conform and survive in that packaging facility. That’s a cult, a carefully structured one with a very clear purpose – entrainment and uniformity. How about clubs, fraternities and sororities, or the whole sports scene, never mind the military. The even more obvious examples are business organizations and “work” relationships. Then there are the guys at the bar, or the ladies’ coffee cliques. Speaking of cliques, remember those from your school days? They still exist not only in school environments but in adult social circles.

Then you get to the source – the oc-cult cultivators. They are the ones that set the imprint. They are all avid adherents to cult control of the very worst and most insidious sort. They may seem to act autonomously or as having authority, but they aren’t and they don’t. They’re under heavier control than any of us could imagine. It’s a blood agreement and they’ve sold their souls to move up the pyramid of control, both in this world and other realms. This is a big subject covered extensively in many books as well as other articles by myself and other researchers.

The media, corporations and government have a field day playing on this weakness for group think and the need for acceptance, to the extent they’ve created a society that’s complete mush, with the intent that big corp and the nanny state can be the lead dogs in everyone’s life. When you think about how many people are glued to the boob-toob today it’s easy to understand why the masses behave as they do, dress as they do, and eat and drug themselves as they do.

It’s learned. And there is a lot of direct as well as implied pressure to fit in, or else you’ll be mocked, marginalized and excluded, to the extent that any seemingly “anti-social” behavior is now considered suspicious and to be reported, the fear of terrorism coursing through their programmed neurons like molten nano metal.

Most of us are aware of these traps and devices, but the vast majority have no idea. They’re swayed like sickened seaweed in an artificially rippled pond of liquified sewage.

Detachment – The Only Way to Live Fully Free

This may sound like some vague concept but it really isn’t. If you’re not invested in their sticky entrapping webbery you can live outside of it. Sure, we all have to interact with this engineered madness but we don’t have to give it our energy and obeisance. But it will take some sacrifices and dealing with our own shadow work seeing how we’ve succumbed to this in our past.

Each of us have to deal with our own entanglements. Besides religious and belief systems, there are financial interactions with the beast, social obligations we think we have to submit to or endure, or employment entrapments we’d rather have nothing to do with.

Do what you can, but get free, in mind, body and spirit, even if you’re still in it. Some costs will not be comfortable. Old stuck in the mud friends who only bring you down and sap your energy, living or working circumstances that make you curse your situation and absently long for freedom, or how you portray yourself on a daily basis.

This is perhaps the most important. Are we being who we truly are? Do we respond honestly, or has the cult-ure of our micro environment, usually hinged on the macro, force us to compromise our convictions and water down what we know to be true, honest and loving? Do you like yourself when you’re forced into artificial social situations and to compromise for the sake of momentary convenience? We all face these situations.

These are questions we all ask ourselves, consciously and definitely subconsciously.

They need answers. And appropriate action, or inaction, needs to be taken.

The hour is late. It always is when it comes to snapping out of the matrix of deceit. Otherwise it will kill you – spiritually and physically.

Something to think about. Time to bust out of the cult of everything. It’s not the real world, it’s fabricated, and often with our permission and subservient compliance.

Stop empowering it. Break out and change the world by being your authentic self. Wisely and lovingly, and with centered conviction. This is the stand we each need to make.