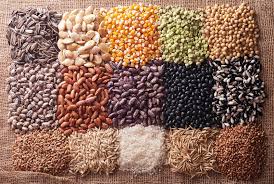 Seeds represent the foundation of life. We depend on them for food, for medicine and for our very survival. In many ways, you can trace the underpinnings of any given culture through the heritage of their crops and seeds.

It wasn’t long ago when seeds were mostly the concern of farmers who, as the Worldwatch Institute put it, “were the seed producers and the guardians of societies’ crop heritage.” But this is no longer the case.

Once considered to be the property of all, like water or even air, seeds have become largely privatized, such that only a handful of companies now control the global food supply.

Agriculture has been around for 10,000 years, but the privatization of seeds has only occurred very recently. In that short time, seed diversity has been decimated, farmers have been put out of business due to rising seed costs… and the pesticide companies that control most seeds today have flourished.

“…by the early 1900s, the U.S. and Canadian governments began promoting the development of large export-oriented agriculture industries based on only a few crops and livestock species.

Scientific advances in the 1970s and ’80s heralded a new era in agriculture. To boost flat sales, Monsanto and other agrichemical companies ventured into genetic engineering and transformed themselves into the biotechnology industry.

They bought out traditional seed companies and engineered their herbicide-resistant genes into the newly acquired seed lines.”

It’s been all downhill from there…

In a comparison of seeds offered in commercial seed houses in the early 1900s to the seeds found in the National Seed Storage Laboratory in 1983, researchers found 93 percent of seeds were lost over eight decades.

The National Geographic infographic below shows just how many varieties of fruits and vegetables appear near extinction.  Even more concerning is the fact that the data is already more than 30 years old, and the problem may have gotten even worse since.

For the record, it’s not only fruits and vegetables that are disappearing. The Millennium Seed Bank Partnership estimates that 60,000 to 100,000 plant species are in danger of extinction.

Loss of Seed Diversity Coincides with the Consolidation of Seed Companies

Seeds have traditionally been saved and shared between farmers from one harvest season to the next. Farmers rarely ever had to buy new seed. Nature, when left alone, provides you with the means to propagate the next harvest in a never-ending cycle.

Now, however, farmers relying on patented seeds must buy them each year from pesticide companies like Monsanto. Saving such seeds is illegal because it is considered to be patent infringement.

Many farmers depend on Monsanto’s genetically modified (GM) (and patented) seeds. More than 90 percent of US soybeans and 80 percent of corn acreage is planted with Monsanto’s patented GM seeds.

For 200 years, the patenting of life was prohibited, especially with respect to foods. But all of that changed in 1978 with the first patent of a living organism, an oil-eating microbe, which opened the proverbial floodgates.