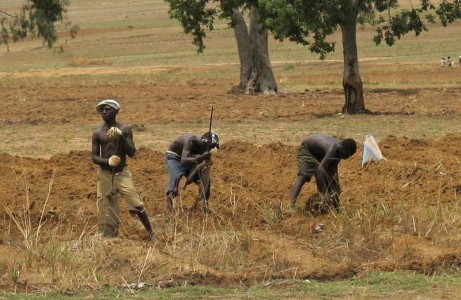 1. Only six of TPP’s 30 chapters deal with trade. Most others empower corporate interests over public ones more than ever.

2. Few tariffs between TPP nations remain to be cut – so alleged gains from the deal are fabricated. TPP provisions make it easier for corporate predators to offshore jobs to low-wage countries – creating greater unemployment and underemployment in America than already.

3. TPP’s “key provision grants new rights to thousands of multinational corporations to sue the US government before a panel of three corporate lawyers that would be empowered to award the corporations unlimited sums to be paid by America’s taxpayers, including for the loss of expected future profits.”

4. The US International Trade Commission (ITC) estimates “36 of 55 US economic sectors would suffer declining trade balances under the TPP.”

A Center for Economic and Policy Research Study estimates 90% of US workers will suffer pay cuts if TPP is enacted – what happens under all its trade deals. Investors benefit hugely. Ordinary people lose out – millions of jobs offshored to low-wage countries.

5. Claiming TPP covers 40% of the global economy is misstated. “(S)ix TPP nations with existing free trade pacts account for more than 80% of the trade counted in the 40%.”

6. “Environmental, consumer, faith, senior, family farm, Internet freedom, small business, human rights, online activism, and other organizations have made stopping the TPP a major priority because it would undermine decades of their policy achievements and foreclose future progress by requiring signatory countries to conform domestic laws to hundreds of pages of non-trade rules promoted by the corporate interests involved in negotiations.”

TPP, TTIP and all corporate-sponsored trade deals hugely benefit investors at the expense of millions of exploited workers, their families and the vast majority of others living in affected countries.