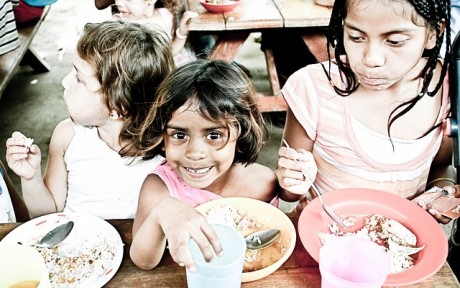 Those that run food banks all over America say that demand for their services just continues to explode. It always amazes me that there are still people out there that insist that an “economic collapse” is not happening. From their air-conditioned homes in their cushy suburban neighborhoods they mock the idea that the U.S. economy is crumbling. But if they would just go down and visit the local food banks in their areas, they would see how much people are hurting. According to Feeding America spokesman Ross Fraser, 46 million Americans got food from a food bank at least one time during 2014. Because the demand has become so overwhelming, some food banks are cutting back on the number of days they operate and the amount of food that is given to each family. As you will see below, many impoverished Americans are lining up at food banks as early as 6:30 in the morning just so that they can be sure to get something before the food runs out. And yet there are still many people out there that have the audacity to say that everything is just fine in America. Shame on them for ignoring the pain of millions upon millions of their fellow citizens.

Poverty in America is getting worse, not better. And no amount of spin from Barack Obama or his apologists can change that fact.

This year, it is being projected that food banks in the United States will give away an all-time record 4 billion pounds of food.

Over the past decade, that number has more than doubled.