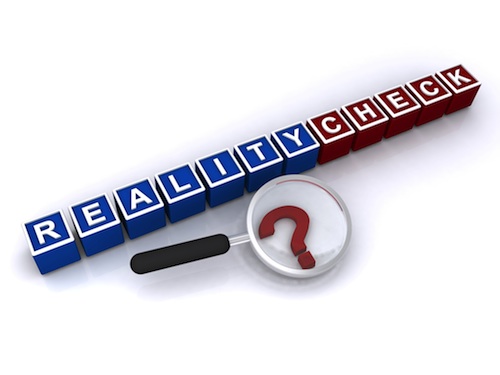 To question your reality in today’s world is a sure sign of sanity. In an ever delusional world where lying newsmen tell fake news, where mendacious politicians spin every event, where mass murder is conducted under the guise of a fake war on terror, where mass-produced food poisons and where medicine kills, it is a sign of great strength of character to challenge the supposed authority figures around you. It is a sign of something pure and special if you can preserve your open mind and curiosity in the midst of so much propaganda. It is a sign of courage to ask the tough questions that mainstream journalists fear to touch.

Question your reality. It’s the solution to the global conspiracy. If enough of us keep doing it, we will grow in awareness in unstoppable numbers, and the conspiracy will collapse like the house of cards that it truly is.

Here are 19 ways to question your reality: http://www.thesleuthjournal.com/19-ways-to-question-your-reality/