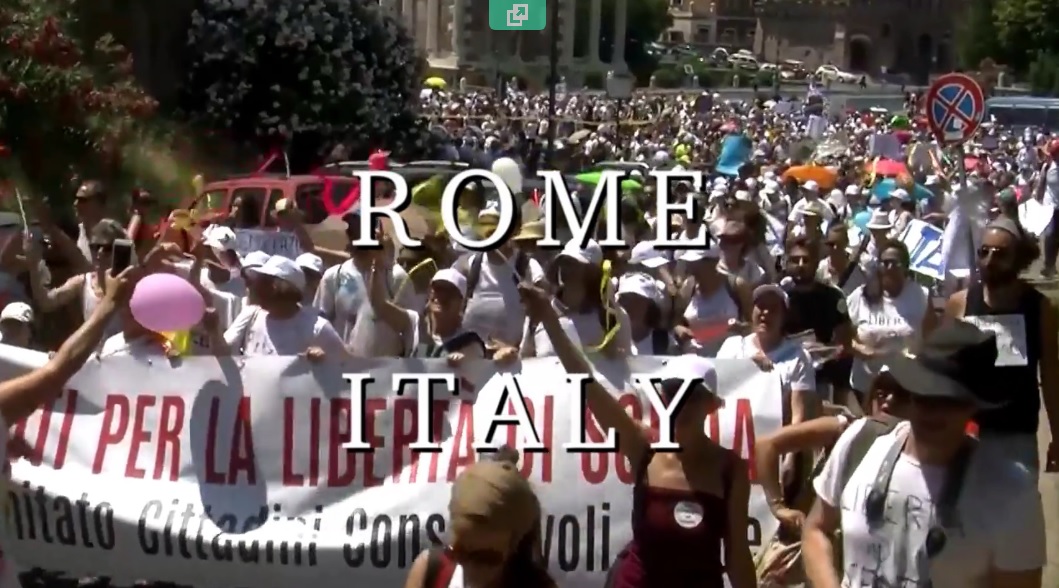 Tens of thousands of parents across Italy Have Taken To The Streets To Protest New Mandatory Vaccination Laws.

The BBC reported on one group of parents preparing to leave Italy and seek asylum in Austria over the new mandatory vaccine law.

While the BBC reported this news, they also published the one-sided propaganda that is apparently the only view allowed in mainstream media: “Scientific studies have debunked an alleged link between vaccines and autism, as the US Centers for Disease Control point out on their website.”

The CDC, of course, has a huge conflict of interest as they spend over $4 Billion a year on vaccines, and ignore or suppress any contradictory science that shows the dangers of vaccines.