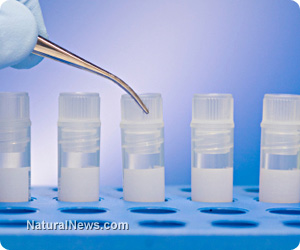 In a breakthrough moment of truth for the CDC, the agency now openly admits that prescription antibiotics have led to a catastrophic rise in superbugs, causing the death of at least 23,000 Americans each year (an estimate even the CDC calls “conservative”).

This is the conclusion of the CDC’s new Threat Report 2013, a document that for the first time quantifies the number of fatalities happening in America due to antibiotic-resistant superbugs.

What’s truly astonishing about this report is that it admits, in effect, that modern medicine is a failure when it comes to infectious disease. The whole approach of fighting bugs with isolated chemicals was doomed to fail from the start, of course, since Mother Nature adapts to chemical threats far more quickly than drug companies can roll out new chemicals.

Sadly, the very approach of using an isolated chemical to combat disease is rooted in a 1950’s mentality that has nearly reached its endpoint in the history of medicine. The CDC all but admits this now, saying the era of antibiotics is nearing its end. “If we are not careful, we will soon be in a post-antibiotic era” – Dr. Tom Frieden, director of the CDC.

The admission should send alarm bells ringing across the medical establishment. Because what it really means is the day isn’t too far off when doctors and hospitals can no longer offer treatments for common infections.

The rise of alternative medicine… again!

Western doctors, of course, are wildly ignorant of far more effective ways to treat infections. Because of the profit interests in patented antibiotic chemicals, doctors have never been taught how to use herbal antibiotics to which there is virtually no resistance whatsoever.

Doctors have also never been informed of the powerful antibiotic properties of silver, copper, aloe vera gel, garlic (and sulfur compounds), Chinese medicine herbs and many other bacteria-fighting substances from the natural world.

As a result, the day is soon coming when doctors will send patients home to die, not knowing that real cures for their infections already exist and are readily available from the world of natural medicine. That’s the real cost of the failure of western medicine: countless numbers of victims will suffer and die due to the incredible ignorance of doctors and their foolish reliance on a system of chemicals that has failed humankind.

Our epitaph [as a species] may well read: “They died of a peculiar strain of reductionism, complicated by a sudden attack of elitism, even though there were ready natural cures close at hand.” – Gary Paul Nabhan, author, Cultures of Habitat

Here at Natural News, I estimate that due to the disastrous failure of antibiotics combined with the widespread suppression of human immune function (due to drugs, heavy metals, environmental chemicals and more), superbug deaths will quickly accelerate, reaching 100,000 deaths per year by 2020, nearly rivaling the number of Americans already killed each year by FDA-approved prescription medications.

In all, these three superbugs combined with others cause 23,000 total deaths per year in the United States alone, says the CDC.

The CDC, predictably, also says part of the solution is to get more people vaccinated. This makes no sense whatsoever as vaccines only make immune systems weaker while doing nothing to prevent infections of superbugs.

On the positive side, the CDC did say that antibiotic use should be curbed in agriculture (meaning fed to animals for meat production). In truth, more antibiotics are used each year in agriculture than in humans.

Despite having the ability to now see the problem at hand, the CDC still desperately clings to the futile hope that “yet another chemical” will be developed that solves the superbug problem.

This is an exercise in insanity, as you might have guessed, because whatever new chemical the drug companies come up with — and they’ve mostly stopped even bothering with new research into antibiotics — will quickly be rendered useless by microbiological adaptations.

The inconvenient truth about all this is that the CDC will never solve this problem with the same kind of thinking that caused the problem. The never-ending chase for more chemicals is futile. Patented drugs will never conquer drug-resistant bacteria, period. It doesn’t matter how many federal subsidies are dumped into drug research.

So what will work, then? For starters, probiotics offer a solid defense against drug-resistant gut bacteria. So the first thing everyone should be doing to shield themselves from deadly infections is to consume probiotics on a regular basis.

Secondly, antibiotics themselves create an “intestinal wasteland” that’s ripe for infection with deadly drug-resistant strains. So the very use of antibiotics in a patient is something that needs to be far more comprehensively taught to doctors and explained to patients so that the real risks of antibiotics are more widely understood (and avoided).

Thanks to the widespread use of glyphosate with GMOs in agriculture, farms are now suffering from runaway “superweeds” that pose many of the same problems as superbug infections in humans.

Both problems are caused by the widespread abuse of isolated chemicals, sold by profiteering corporations with complete disregard for the long-term consequences of their products.

Both problems are almost universally swept under the rug by the corporations that gave rise to the problems in the first place.

And both problems are promised to be solved with “yet more chemicals” that overcome the resistance to the previous round of chemicals.

There’s a fatal problem with this: each round of chemicals needs to be substantially more toxic than the last round, causing a “spiral of chemical toxicity” that will only lead human civilization to its own destruction.

Even right now, we are very close to the rise of a highly infectious superbug that is resistant to all known antibiotics. Once unleashed, such a superbug could sweet through the population and cause the death of over a billion people across the planet. In such a scenario, the entire system of western medicine has zero tools to deal with it. There is no vaccine, no drug and no FDA-approved treatment that will even touch it.

Familiarize yourself with these systemic herbal antibiotics

Survivors of the inevitable superbug pandemic will be those who turn to Mother Nature and natural remedies. That why I recommend every person reading this pick up at least one book on herbal antibiotics and keep it on your shelf in case of an emergency outbreak.

The most comprehensive book on this subject that I’ve yet found is called Herbal Antibiotics, 2nd Edition: Natural Alternatives for Treating Drug-resistant Bacteria. I highly recommend this book. It is meticulously researched and comprehensive in its coverage of the subject. It is also quite technical, so be prepared for that if you’re not used to reading technical papers or books.

In the coming superbug plague, the drug companies will be useless. Your doctor will be useless. Hospitals will be disease-infested death traps. The CDC will be paralyzed with bureaucracy and hopelessly stuck in the era of chemical medicine. Only people who possess the nearly-lost knowledge of natural plant-based antibiotics will have any real chance of surviving such an outbreak if they become infected.

If you have net yet heard the plant name Cryptolepis, you need to familiarize yourself with it. This is a systemic antibiotic with a multitude of uses and physiological actions. Others include Sida, Alchornea and Artemisia (wordwood). Learn these herbs and learn how they work in the human body. Your life may depend on it, and once the superbug plague spreads, these plants may be worth more, ounce for ounce, than gold.

In fact, I was thinking it would be a phenomenal product to offer to the world: a collection of antibiotic plant seeds along with instructions for their cultivation and use. If anyone reading this has such a product to offer, feel free to contact us. Perhaps we can distribute or retail your product to get it into the hands of a large number of people who can keep these plants thriving while the era of synthetic chemical medicine collapses into history.