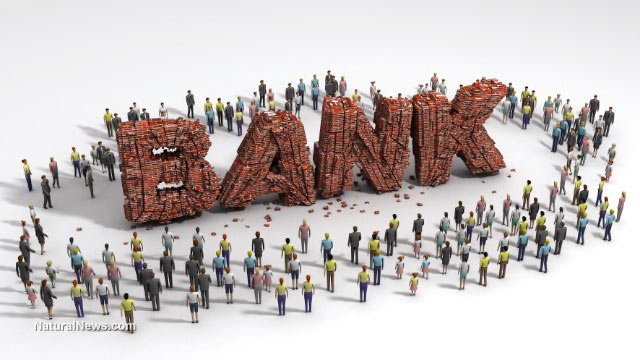 Are banks in the world’s great Western powers (and one superpower) preparing to confiscate your accounts in order to quench their insatiable appetites for your private property (i.e., your money)? That’s very likely coming to a bank near you soon, says one observer.

Seasoned journalist financial and geopolitical analyst Mark Nestman, of Nestman.com, wrote in a recent column that “Cyprus-style bail-ins” are on the horizon, as embattled Western and Asian governments eye ways to perpetuate their shell-game economies.

On November 16, leaders of the G20 Group of Nations — the 20 largest economies — made an important decision. The world’s megabanks now have official permission to pledge depositor accounts as collateral to make leveraged derivative bets. And if they lose a bet, the counterparty to the contract has first dibs on your money.

The governments of these 20 countries are now supposed to put these arrangements into law. Most, including the US, have already done so.

Nestman, a founding member of The Sovereign Society — a liberty-minded, free-market-promoting organization established in 1998 to help people protect their investments from over-reaching governments — says most people have no idea that the G20 nations have implemented such a scheme, “because it was mostly ‘more of the same’ — the latest plan to have central banks inject trillions more dollars into the global economy.”

However, he continued, the G20 also backed an onerous plan which its creators call “Adequacy of Loss-Absorbing Capacity of Global Systemically Important Banks in Resolution.” That, he says, is not something that would inspire most people to read, because it deals primarily with “the minutiae of the global financial system,” he wrote.

“But this proposal profoundly changes the rules for banking globally, and not in a good way. Deposits in banks that are ‘too big to fail’ will be ‘promptly recapitalized’ with their ‘unsecured debt.’ This avoids those nasty taxpayer-funded bailouts that proved so politically unpopular during the 2008-2009 financial crisis,” he wrote.

As such, then, when depositors put money in a bank, they will incur the same risks as someone buying a stock. Nestman says banks will essentially be taking your money to a horse racing track and betting on a nag.

The G20 has also officially declared that derivatives — the toxic contracts Warren Buffett calls “financial weapons of mass destruction” — are secured debts. Since your bank deposits are now only unsecured debt that the bank has pledged to a secured creditor, guess who gets your money if the bet goes the wrong way for the bank? Answer: It’s not you.

In the U.S., Nestman notes, 100 percent of deposits are “insured” — that is, protected from loss, up to $250,000 per account, by the Federal Deposit Insurance Corporation (FDIC). But he further notes that the FDIC has less than $1 to back up every $100 worth of deposits.

“This is still a lot of money — $54 billion at the end of September,” he wrote. “But it’s dwarfed by $6 trillion in insured deposits, not to mention derivatives contracts with a total value of nearly $300 trillion.” So the failure of just one large Wall Street bank could deplete the FDIC’s fund.

Nestman advises anyone who has money deposited in a “too big to fail” bank to get their money out now, before “SHTF.”