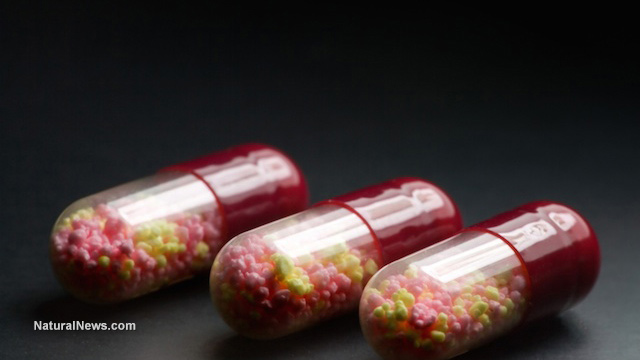 The statistics are sobering: in the United States alone, antibiotic-resistant bacteria cause 23,000 fatalities and at least 2 million new cases of disease annually. But if you think antibiotic resistance only comes about with massive and repeated rounds of antibiotics, think again.

Science shows that just one dose of antibiotic ‘therapy’ not only contributes to antibiotic resistance, but also brings about long-term damage to the microbes living in the gut. Many of the intestinal bacteria destroyed by antibiotics play a significant role in the body’s natural defense system against cancer and other disease conditions.

Take control of your health, naturally, with INSTANT access to over 300 programs focused on natural solutions for disease from the best integrative healthcare providers, oncologists and naturopaths in the world.

Just one dose: Science reveals the true danger of antibiotics inside the gut

European researchers recently reported study results showing even a single course of antibiotics is capable of disrupting the healthy population of microorganisms in the gut. Just as disturbing, the results can last up to a year and contribute to antibiotic resistance.

In their study, 66 healthy adults from the United Kingdom and Sweden were randomly assigned to receive a full course of one of four antibiotics – ciprofloxacin, clindamycin, amoxicillin or minocycline – or a placebo. The researchers did not know which antibiotic any given participant took throughout the course of the study.

Fecal and saliva samples were collected from the subjects at the start of the study, then again immediately after beginning the study drugs. Additional samples were taken at one, two, four and 12-month intervals after finishing a single course of antibiotics.

Results showed the drugs caused a notable increase in genes associated with antibiotic resistance, while seriously impacting the diversity of microbes in the gut and causing changes still evident months after initial exposure.

Eliminate the need for antibiotics and discover how to REVERSE disease symptoms naturally from over 200 integrative medical doctors, naturopaths and cancer specialists teaching you detoxification techniques, immune boosting strategies plus anti-aging protocols.

Researchers have reported differences among the various antibiotics utilized in the study. Specifically, the health-related bacteria in the gut were significantly reduced for up to four months in participants taking clindamycin and up to 12 months in those taking ciprofloxacin. Amoxicillin showed a less dramatic shift in microbial populations, but was the largest contributor to increased antibiotic resistance.

Researchers noted that participants from the UK came into the study with more antibiotic resistance than did the subjects from Sweden. This could be due to cultural differences and the significant decline in antibiotic use in Sweden over the past 15 or 20 years.

Lead author Egija Zaura, PhD, an associate professor in oral microbial ecology at the Academic Centre for Dentistry in Amsterdam, the Netherlands, wrote that microorganisms in study participants’ feces were severely affected by most of the antibiotics, with changes lasting for months. More specifically, researchers reported a decrease in the number of desirable microbes that produce butyrate, which inhibits inflammation, combats cancer and reduces stress in the gut.

Lifesaving question: How do antibiotics increase the risk of disease?

While antibiotic resistance may be at the center of the research results, the affects on microbial populations in the gut have other far-reaching impacts. Earlier research has shown that antibiotics can alter critical gut microbiota that affect the body’s vulnerability to contracting a number of infectious diseases.

These differences in intestinal flora may have a far-reaching impact on overall health and wellbeing. For example, did you know that changes in the gut’s microbe population can leave the body vulnerable to infection, vitamin and mineral deficiencies, obesity, inflammation of the gut, malabsorption and food allergies?