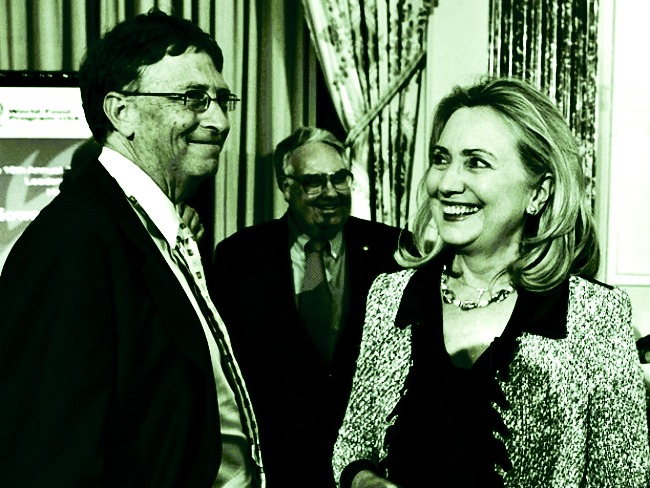 If close association with one seedy Bill were not enough, Hillary has locked arms with another. This time, Bill’s last name is Gates and his Bill and Melinda Gates Foundation comes with him. While most uninformed Americans see Gates as a technology genius and successful entrepreneur, Gates’ Foundation has been hard at work all across the world promoting dumbed-down education policies, coercive vaccination, GM food, abortion, and sterilization.

The Bill and Melinda Gates Foundation is also one of the seven largest donors to the Bill, Hillary, and Chelsea Clinton Foundation.[4] The two foundations have also partnered together on a number of initiatives such as the No Ceilings Full Participation Report.

Bill Gates pretends to care immensely for the poor, particularly in Third World countries, but the truth is that his Foundation’s vaccination and “family planning” (read abortion and sterilization) efforts are not centered around public health, they are based in eugenics and population reduction.

After all, it was Bill Gates himself who stated as much publicly when he said, “The world today has 6.8 billion people… that’s headed up to about 9 billion. Now if we do a really great job on new vaccines, health care, reproductive health services, we could lower that by perhaps 10 or 15 percent.”