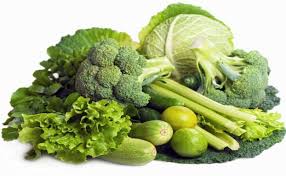 Q: How can I tell if I’m getting enough iron?

A: That’s an important question. Iron is a key part of hemoglobin, a protein your red blood cells use to carry oxygen from your lungs to the rest of your body. If you’re low in iron, you may feel weak and run-down because your body isn’t getting enough oxygen. Many of us grew up with the idea that red meat is high in ironand it is. But it’s also high in cholesterol, animal fat, and other undesirables.

You can easily get all the iron you need from a healthful plant-based diet. As a matter of fact, the American Dietetic Association and the Dietitians of Canada reported in 2003 that vegetarians generally get more iron than nonvegetarians, and that vegans do best of all. That’s because beans and green leafy vegetableswhich vegetarians and vegans tend to eat plenty ofare loaded with iron. And many other foods are iron-fortified (breakfast cereals, for example), as you’ll see on their labels.

So, with all that iron in everyday foods, how could a vegetarian run low? Several reasons: First, some people eat everything veg except those healthful, iron-rich vegetables and beans. In that case, it is easy to run low. Also, dairy products interfere with iron absorption: if you have a glass of milk with a meal, it reduces the iron you absorb from the other foods you eat by about half. A young woman’s menstrual flow leads to iron losses every month. Distance runners lose iron too, both in sweat and through the repeated pounding of their feet, which breaks up red blood cells.

A: Yes. The iron in plants is called nonheme iron. Its absorption depends on how much iron is in your body already. That is, if you are low in iron, your body absorbs more of it from the foods you eat. If you already have plenty of iron in your body, nonheme iron is less absorbable. That’s good. It means you’ll get the iron you need without overdoing it.

The iron in meat is called heme iron. Its absorption does not change. You may have plenty of iron stored in your body already, but like an uninvited guest at a party, heme iron barges in whether you need it or not. As a result, many meat eaters end up with too much iron, which is dangerous because iron sparks the production of free radicalsmolecules that can damage your body tissues. Think of it this way: iron rusts; that is, it oxidizes. The same chemical reaction that turns an old nail rusty red can occur with the iron inside your body. In the process, iron releases free radicals that are linked to aging, cancer, and heart disease.

Q: Should I take an iron supplement?

A: No, not unless your health care provider has diagnosed an iron deficiency. In the past, iron was promoted as the answer to life’s problems. If you were dragging through the day, iron pills and various tonics promised extra iron to perk you up. That was a mistake, because iron overdose is as dangerous as iron deficiency, and is much more common.

So if you think you might be low in iron, get tested. It is quick and easy. And because high levels of iron can be risky, doctors are quite happy to see your blood tests come out at the lower end of the normal range. But if you really are low in iron, your health care provider will look for reasons why. The first concern is bleeding, as can occur from normal menstrual flow, or from abnormal conditions, such as an ulcer or colon cancer, that require more detailed evaluation.

If you do need to boost your iron intake, the answer is to fill up on “greens and beans,” as well as vitamin C-rich foods, such as fruit and fruit juices, which increase iron absorption.  Only in rare cases is an iron supplement necessary.