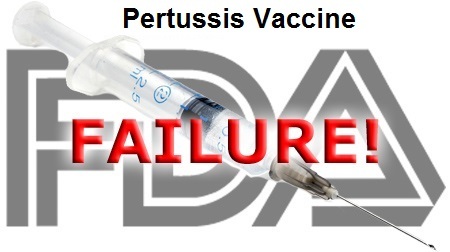 More than 94 percent of kindergarten children have had four to five pertussis-containing vaccines, yet despite high vaccine coverage since the late 1980s, statistics show that reported cases of whooping cough have been rising for decades.

A recent scientific review has concluded the less toxic acellular whooping cough vaccine licensed in the U.S. for infants in 1996 does not work as expected, and confirms the continued spread of the disease among vaccinated populations.