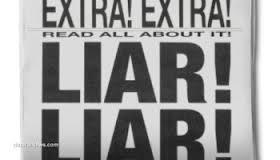 If you’re one of the nearly 12 million people who visit WebMD.com every month, you’re getting a healthy dose of Monsanto propaganda along with your “health research.”

Monsanto is one of the many corporate “sponsors” of WebMD. That means Monsanto pays WebMD in order to pepper WebMD’s website with advertisements and advertorials, disguised as legitimate journalism.

WebMD Health Corp. (NASDAQ: WBMD) is a publicly held corporation that answers first and foremost to its shareholders. The company, with its long history of deceiving consumers and partnering up with drug, junk food and biotech companies, is not, and never was, in the business of caring about consumers—a fact meticulously documented in an article published this week (January 19, 2016) by Mercola.com.

Because Monsanto’s WebMD propaganda is cleverly disguised as legitimate health advice. So cleverly, that millions of visitors to the site probably have no idea that they’re being duped.