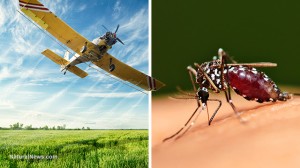 In case you didn’t already know, everything is rigged these days, meaning it’s contrived, fabricated or distorted to fit an official narrative that feeds a nefarious agenda. The Zika virus hysteria is no different: it was all engineered from the start for a specific purpose, and this article explains exactly what’s really behind the Zika pandemic and why it’s being pushed so aggressively by globalist governments nearing collapse.

First, a little background that you won’t get from any mainstream news source. The Zika virus has been around for more than 70 years, and it was originally harvested, isolated and turned into a research product by none other than the Rockefeller Foundation, the same globalist cabal of medical criminals who sought to destroy alternative medicine and grant western chemical medicine a monopoly over society.

Zika is completely harmless to nearly everyone, and your body self-immunizes against Zika without any vaccine needed.

The Big Lie about Zika and microcephaly is that a brain-damaging chemical was dumped into the water supply of Brazil… brain deformities quickly followed. When governments are on the verge of collapse, they deliberately create large scale crises that convince the people they need government to rescue them.

The real agenda is the mass chemical poisoning of the people With Zika mosquitoes, the globalists finally have their leverage to unleash mass chemical spraying of large population areas.