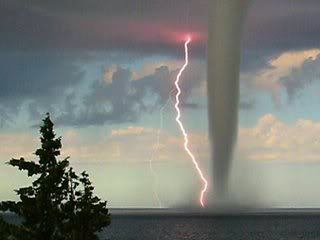 Vladimir Zhirinovsky, Vice-Chairman of the Russian State Duma and leader of the Liberal Democratic Party of Russia (LDPR), caused shock waves in a recent television interview when he warned that Russia could deploy an arsenal of new technology to “destroy any part of the planet” and kill over a hundred million people using secret weather weapons if the United States, the UN or Georgia tried to stop Russia’s entry into the WTO.

Saying that the American government in Washington DC had “no future” and would “collapse,” Zhirinovsky cited Russia’s supremacy in space and stated that the country had, “Lots of money, resources, and new weapons that no one knows about.”

“With them we will destroy any part of the planet within 15 minutes,” he sensationally warned.

“Not an explosion, not a ray burst, not some kind of laser, not lightning, but a quiet and peaceful weapon,” added Zhirinovsky, warning that “whole continents will be put to sleep forever” and that “120 million will die” if anyone interfered with Russia’s claim on the Kuril Islands, which are the subject of a territorial dispute with Japan.

Zhirinovsky made reference to the recent tsunami in Japan, suggesting that the “new weapons” which he refers are related to weather control technology, which has been intensely studied by both the U.S. and Russia since the 1950′s and is commonly used today.

Threatening to annex Georgia completely, Zhirinovsky warned, “And then there will be another tsunami, on the other side of the planet, in the Caucasus. Zhirinovsky’s reference to the Kuril Islands in connection with the devastating tsunami that hit Japan in March.

Zhirinovsky also warned of a coming “third world war” emerging from the current turmoil in the Middle East and North Africa that would lead to the collapse of current global institutions like the EU and the WTO and the rise of a new international order led by Russia.