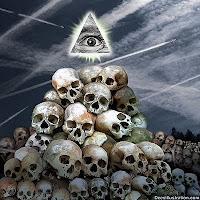 On a secluded estate in England, a small group from the elite UK think-tank, The Royal Society, are openly discussing control over the planet’s weather. The Orwellian nature of the discussion is stunning, as this select group seemingly wrings their hands over how to delegate the proper authority to research such godlike power. They begin by asking a rhetorical question, “Who decides?”

In a candid AP story, the entire agenda is laid bare as we are treated to a session that is “generally off the record.” This is the grand rollout to be sure: from research to implementation, they announce much of what is already provably in the works, as well as the road toward a future of unthinkable control by an inner circle of ideologues with the task to “save the planet.”

History is full of these great “experts” who have taken on the burden of saving the rest of us. Elites throughout the ages have insisted that the common man or woman is simply not up to the task . . . if left to our own devices, we might just destroy the place. So, let’s first recap how these elite thinkers have done so far based on the key indicators of human prosperity.