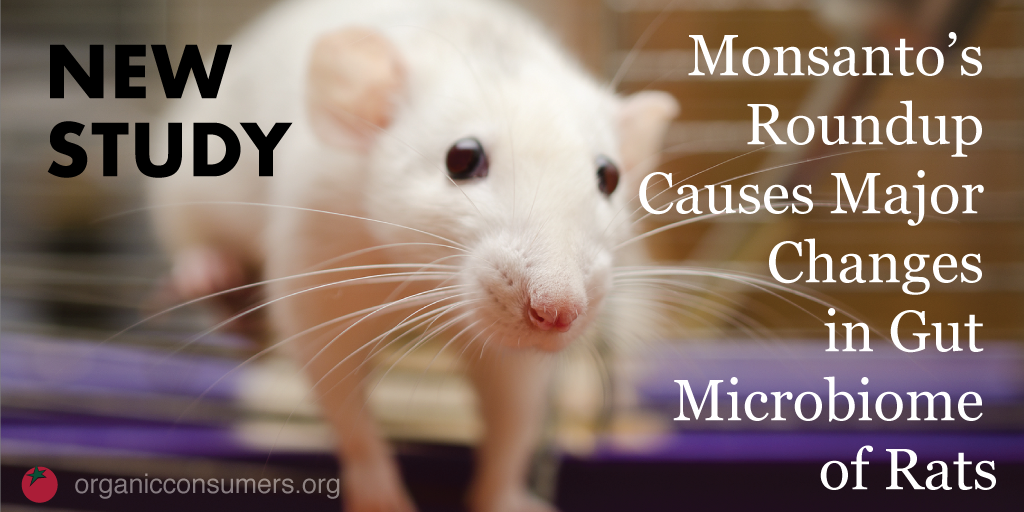 An environmentally relevant concentration of Roundup caused changes in the gut microbiome of rats, according to a new study published by the group of Prof Gilles-Eric Séralini at the University of Caen, France.

Our analysis of the study and its findings follows.

Analyses were carried out of the faecal samples from rats used in the long-term Seralini study. The faeces from 3 animals per Roundup treatment group were analysed for gut microbiome.

In addition, bacteria were grown in vitro from the faeces of control animals and treated with increasing concentrations of Roundup.

The main findings were a sex-specific alteration in the gut microbiome of female rats only, tested in vivo. Specifically, there was an increase in the Bacteroidetes family S24-7 and a decrease in the Lactobacillacea family of bacteria.

The same gut microbiome alterations were observed in vivo at all of the three doses of Roundup administered. Thus there was no dose-response effect (in which the effect changes with dose).

Bacteria grown in vitro from the faeces of control animals and treated with increasing concentrations of Roundup showed growth inhibition. This demonstrated a direct growth inhibitory effect of Roundup, but only at high concentrations that far exceeded the doses that the female rats were exposed to in the in vivo experiment.