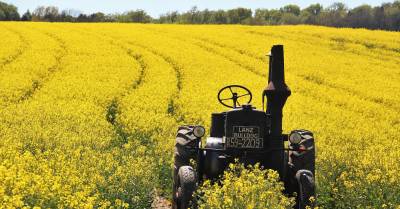 According to a study by AARP, 93 percent of Americans are concerned with their brain health, but very few understood some of the natural strategies they could use to improve it. Contrary to popular belief, your brain function and cognitive performance do not have to decline with age. There are steps you can take that influence your memory, processing, executive functions and more.

Even if you are already in your “golden years,” simple changes may prompt brain health for the better. For instance, where once it was believed that neurons were only generated early in life, scientists now know that neurogenesis (generation of new neurons) continues into adulthood. Exactly what influences the rate of new neuron growth is still being explored, as are other factors that play a role in brain health.

Recent research, for instance, has uncovered damage canola oil consumption triggers in your brain and the effect this may have on your memory and learning ability. The study, published in the journal Nature, also found the consumption of canola oil increased weight gain.

The study was led by researcher Dr. Domenico Praticò from Lewis Katz School of Medicine at Temple University in Philadelphia, Pennsylvania. Praticò commented to the Los Angeles Times that canola oil is perceived by many to be healthy — a widespread misconception:

“Canola oil is appealing because it is less expensive than other vegetable oils, and it is advertised as being healthy. Very few studies, however, have examined that claim, especially in terms of the brain.”