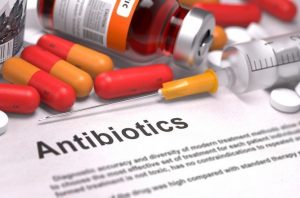 This is a wake-up call. It is indefensible to be using critical antibiotics as growth promotion in animals. That’s just not a logical or ethical thing to do.

Researchers recently announced that they’d found strains of bacteria that are resistant to the planet’s most potent antibiotic, colistin. Not only that, but the gene for this resistance is easily shared between different strains. So it’s really just a matter of time before this resistance goes global.

The road to this discovery started in 2011. The Chinese Ministry of Science and Technology funded a group of researchers to test meat samples around the southern Chinese city of Guangzhou. Much of the country’s meat is produced here in high-intensity factory farms, where farmers stave off infection by feeding the animals human-grade antibiotics. This might insure investments for farmers, but it also encourages bacteria to develop ways of coping with our best antibiotics.

That’s not to say China is to blame. Antibiotics have been used in animal agriculture everywhere for a long time and especially in the US. It’s just that we’re paying for it now.

To unpack this complex issue we spoke to Dr. Patrick Harris. He’s an infectious disease physician and microbiologist with the University of Queensland, and he co-wrote a paper on what it means to have our last antibiotic curtailed—both now, and very soon.