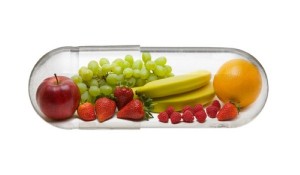 (NaturalNews) When it comes to the important subject of nutrition, what kind of knowledge do licensed medical doctors really have? According to a survey published by the American Journal of Clinical Nutrition, most medical institutions place very little emphasis on nutrition, nature, and the body’s innate healing abilities. Some patients ask their doctor questions about nutrition only to receive confusing, biased, and fearful advice. What does this void of practical health knowledge say about contemporary medical doctors? They are looked up to for life-saving advice, but they often lead patients astray.

Doctors who dismiss the healing aspects of nutrient absorption and utilization are quick to schedule unnecessary tests and prescribe synthetic formulas concocted by the price-gouging pharmaceutical industry. Sometimes patients pressure doctors to intervene this way. Sometimes doctors feel pressured by drug company salespeople to prescribe the latest side-effect ridden pill. To make matters worse, the physician’s education is controlled by the drug companies.

Medical schools only offer an average of 23.9 hours of nutrition education, survey finds

While most medical schools require some form of nutrition education, the amount taught is minuscule compared to the dominant, systematic, interventionist philosophies taught at the institutions. There is very little emphasis on nutrition, and it’s making doctors out to be spineless and ignorant pill pushers. Of the 106 medical schools surveyed in the study, students only received an average of 23.9 contact hours of nutrition instruction. Shockingly, only 32 of 106 medical schools in the survey offered a separate nutrition course. An overwhelming majority of instructors (88 percent) spoke out on the need for additional nutrition instruction at their schools.

As nutrition is betrayed at medical schools, doctors become dangerous vessels of misinformation when they graduate and start seeing patients. Instead of prompting women to have their breasts removed out of fear of cancer, doctors could instead encourage women to accept fearless emotions and a diet of nutrient-packed super foods that protect cells and keep genes from self destructing.

Instead of turning a patient’s depression into a dependency on SSRI drugs, the doctor could lead the struggling person toward correcting potential nutrient deficiencies in their body. How might an increased intake of magnesium, zinc, vitamin D, and essential omega fatty acids improve the person’s state of mind? What if helping the patient was about helping the person identify the negative feelings pent up in their heart and finding ways to initiate new thoughts and new emotions to create a liberating outlook on life?

Likewise, a child thrust into a daily school environment of walls, assimilation, compliance, and suppression of creativity does not need the drug Ritalin for erratic behavior. The child needs a new interactive environment and perhaps some Vitamin D from the sun outside.

Why are the natural solutions vilified by the masses in the medical system, the school system, and the workplace environment? The U.S. National Poison Data System reported in early 2015 that 2.2 million poisonings were recorded by 55 American Association of Poison Control Centers and absolutely zero of those poisonings were from nutritional supplements, herbal products, amino acids, or minerals.

The real danger is the pharmaceutical industry, which masquerades as science-based medicine. In fact, properly prescribed pharmaceuticals are directly responsible for at least 128,000 deaths annually and an additional 2.74 million serious adverse reactions each year. Nevertheless, there is a growing disdain toward nutritional products, herbs, and super foods among medical professionals. Patients who are coerced into taking drugs for cholesterol, diabetes, or blood pressure, for example, are being kept away from the holistic, nutritional protocols that make these health issues obsolete.

1 in 5 pharmaceuticals cause serious reactions, leading to 1.9 million hospitalizations each year

As nutrition is labeled “alternative”, the only “medicine” that is approved by the U.S. government is pharmaceuticals, even though one out of every five pharmaceuticals cause a serious reaction in people. Pharmaceuticals also cause a shocking 1.9 million hospitalizations each year, which could all be avoided.

Dr. Donald Light, a professor for the University of Medicine and Dentistry of New Jersey, School of Osteopathic Medicine, says that the problem starts with the medical doctors’ education. Not only is there a lack of nutrition education, but published medical literature has also become nothing more than a marketing tool employed by the powerful pharmaceutical industry. By the time the information makes it to physicians, it has been corrupted because pharmaceutical companies can hire their own team of writers, editors, and statisticians to promote the pills and gloss over their problems.

In medical literature, the true science of nature is suppressed while pharmaceuticals are taught as holy doctrine. Doctors become subservient to the biased knowledge they are fed. Nutritional supplements and healing herbs are balked at while deadly pharmaceuticals are lifted on a pedestal.