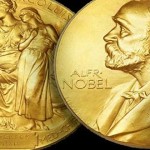 Nobel tradition is horrific. Disreputable. Long and inglorious. War criminals win peace prizes. Past honorees include a rogue’s gallery of some of the world’s worst.

Nobel Committee members violate their own rules. Alfred Nobel’s will was clear and unequivocal.

It says Peace Prize recipients “shall have done the most or the best work for fraternity between nations, for the abolition or reduction of standing armies and for the holding and promotion of peace congresses.”

He championed nonviolent resistance. He did so for social change. His October 2 birthday (Gandhi Jayanti) is a national Indian holiday. It’s commemorated worldwide as an International Day of Nonviolence.

She received 48 honorary degrees in her lifetime. Harry Truman called her “First Lady of the World.” He honored her humanitarian achievements.

They were notable. “Do what you feel in your heart to be right,” she said. She championed human rights, social justice and peace.

She was perhaps the driving force behind establishing the Universal Declaration of Human Rights. She submitted its principles to UN General Assembly Member States, saying:

“This declaration may well become the international Magna Carta for all (mankind) everywhere.”

Henry Kissinger and Obama were perhaps the most notable war criminal winners. They bear responsibility for horrific high crimes against peace.

It didn’t matter. In awarding Obama its 2009 Prize, Nobel Committee members turned truth on its head.

They cited his “extraordinary efforts to strengthen international diplomacy and cooperation between peoples.”

“His vision of and work for a world without nuclear weapons.” He supports spending over a trillion dollars upgrading America’s arsenal.

He’s a war criminal multiple times over. He deplores peace, stability, equity and justice. He’s beholden to monied interests. He spurns popular ones.

He’s waged war on humanity throughout his tenure. World peace hangs by a thread on his watch.

“Multinational diplomacy has regained a central position, with emphasis on the role that the United Nations and other international institutions play.”

“Only very rarely has a person to the same extent as Obama captured the world’s attention and given its people hope for a better future.”

Nobel Committee members long “sought to stimulate precisely the international policy and those attitudes for which Obama is now the world’s leading spokesman.”

Two recipients won this year. Seventeen-year-old Malala Yousafzai is the youngest ever winner.

She was a 2013 Nobel Peace Prize nominee. Desmond Tutu nominated her for the International Children’s Peace Prize.

Canada intends granting her honorary citizenship. She’ll receive it in Ottawa on October 22.

Taliban militants shot her in the head two years ago. For advocating female education rights. She survived the ordeal.

She became a human rights/female education activist. Her advocacy became an international movement.

In January 2013, Deutsche Welle called her “the most famous teenager in the world.”

UN Special Envoy for Global Education/former UK Prime Minister Gordon Brown launched a UN petition in her name. He used the slogan “I am Malala.”

In its April 29, 2013 issue, Time magazine featured her on its cover. It called her one of “(t)he 100 Most Influential People in the World.”

Her outspokenness against drone attacks. Her calling them responsible for “fueling terrorism.”

Her saying “(i)nnocent victims are killed (by) these acts, and they lead to resentment among the Pakistani people.”

Kailash Satyarthi is a longtime Indian children’s rights activist. He founded Bachpan Bachao Andolan (Save the Childhood Movement) in 1980.

It’s the world’s leading civil society campaign of its kind. It protected the rights of about 83,000 children for over three decades.

It rescued them from human trafficking, virtual slavery, and repressive child labor. It helped restore their trust in society. It helps them achieve more promising futures.

Its vision is “creat(ing) a child friendly society, where all children are free from exploitation and receive free and quality education.”

Nobel Committee members awarded Satyarthi and Yousafzai their 2014 Prize. It did so “for their struggle against the suppression of children and young people and for the right of all children to education.”

Satyarthi “headed various forms of protests and demonstrations, all peaceful, focusing on the grave exploitation of children for financial gain.”

He “contributed to the development of important international conventions on children’s rights.”

Yousafzai fights “for the right of girls to education, and has shown by example that children and young people, too, can contribute to improving their own situations.”

“This she has done under the most dangerous circumstances.
Through her heroic struggle she has become a leading spokesperson for girls’ rights to education.”

Imagine if she was a Palestinian human rights/women’s education advocate. Imagine if Israeli soldiers shot her in the head.

Imagine her being passed over. Ignored. In Orwell’s Memory Hole. Consigned there by Nobel Committee Ministry of Truth members.

Ravaging and destroying one country after another. Plundering them for profit and dominance. Exploiting their people.

Supporting wrong over right. Believing might is right. Imagine how Satyarthi would be treated.

Spurned for doing the right thing. Ignored. Perhaps eliminated to silence him. Rogue states operate this way. What they say goes.

They support war. They deplore peace. They’re part of the problem, not the solution. Their awards are politicized.

Nominees most worthy are passed over. They never have a chance. It’s longstanding Nobel tradition.

It mocks what he had in mind. It turns his purpose upside down. It supports what late in life he rejected.

Perhaps he tried compensating for enormous harm he caused. He remade his image late in life. He did so by establishing awards in his name.

Including one for peace. What’s perhaps more illusive now than ever. At a time it hangs by a thread.

Forthrightness isn’t their long suit. It never was. It isn’t now.