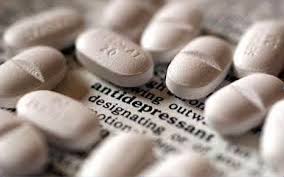 By Alliance for Natural Health

An article in the current British Medical Journal explains why the link is stronger than previously thought.

ANH-USA has researched dozens of the most high-profile cases of violent crimes over the last few decades. We found that in just under half of the cases (eleven out of twenty-three), the perpetrator was documented to be taking, or had recently stopped taking, some form of antidepressant or antipsychotic medication.

In another seven cases, the killer had been on these medications earlier. We suspect that number is even higher, but the information is either not publicly available or not known.

Important research has shown major drugs like Paxil and Prozac to be linked with violence at a substantially higher rate than other drugs—users of Paxil are 10.3 times more likely to do violence to themselves or others, while users of Prozac are 10.9 times more likely to commit acts of violence. Other evidence shows that people who have exhibited no propensity for violence or aggression can develop violent behavior soon after beginning antidepressants.