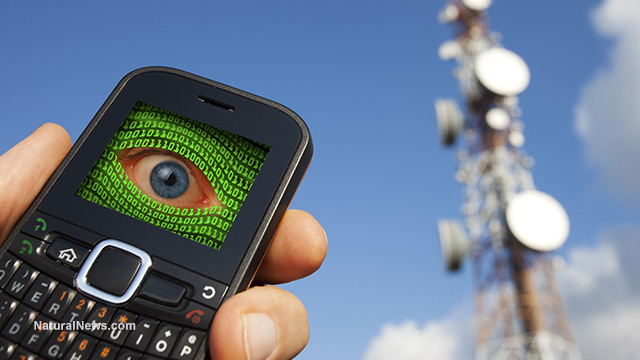 (NaturalNews) There’s something really fishy going on with the mainstream media right now. Multiple outlets such as Reuters and CBS News are reporting a story which they would normally dismiss as a “conspiracy theory.” According to these news outlets, rogue cell phone towers known as “interceptors” have been discovered across America, and they don’t belong to communications companies, the NSA or the U.S. military. They reportedly snoop on your private phone calls by intercepting cell phone signals, then relaying them to other towers.

“Rogue cell phone towers, the type that can intercept your mobile calls and data, are cropping up all over the United States, including here in Chicago,” reports CBS News. (1)

“Seventeen fake cellphone towers were discovered across the U.S. last week,” reports Reuters in an article on Yahoo Finance. (2) “Rather than offering you cellphone service, the towers appear to be connecting to nearby phones, bypassing their encryption, and either tapping calls or reading texts.”

Even Computerworld got in on the story, writing that “CryptoPhone users found and mapped 17 fake cell towers in the U.S. during the month of July.” (3)

The one conspiracy theory the media instantly believes?
What’s fishy here is that this is precisely the kind of story the mainstream media would normally attack and disregard as a “conspiracy theory.” Remember, this is the same mainstream media that has utterly censored and “memory holed” the recent confession of a CDC scientist who admitted to committing scientific fraud to hide links between MMR vaccines and autism. That story has been completely blacked out by the media as if it didn’t exist.

This is also the same mainstream media that, for years, called people tin foil hat-wearing lunatics if they said the U.S. government was listening to our phone calls and monitoring our emails. Thanks to whistleblower Edward Snowden, of course, this is all out in the open now, but just five years ago anyone who dared suggest such a thing was labeled a “wing nut.”

I remember Alex Jones being ridiculed over his breaking story that cities were installing street lamps that could listen to the verbal conversations of people passing by. That story once again turned out to be entirely true, yet it was widely disparaged by the mainstream media which seems to default to the phrase “conspiracy theory” any time they want to dismiss a true story without actually having to investigate it.