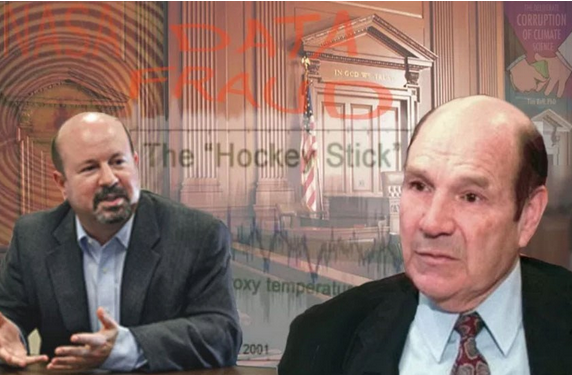 British Colombia: After six years, the libel lawsuit filed by Michael Mann, the climate scientist who created the ‘hockey stick’ climate model and graph, is finally coming to an end. The lawsuit was against Tim Ball, a retired professor at the University of Winnipeg, for saying that the data used by Mann was fraudulent and that he should be in the state pen instead of Penn State. Mann claimed that this was defamation of character. The court, however, asked Mann to prove that his data was not fraudulent and asked for it to be made available for inspection. When Mann refused, he was in contempt of a court order, and that likely will lead to the collapse of his case against Professor Ball. Dr. Ball is expected to instruct his attorneys to ask for punitive court action, including a ruling that Mann did act with criminal intent when using public funds to commit climate-data fraud. [Professor Ball’s debunking of Global Warming soon will be broadcast on the Internet along with thirteen other experts who participated in a conference, sponsored by Freedom Force International, called Global Warming, An Inconvenient Lie. To be advised of the date and time of this free broadcast, click here.]   –GEG