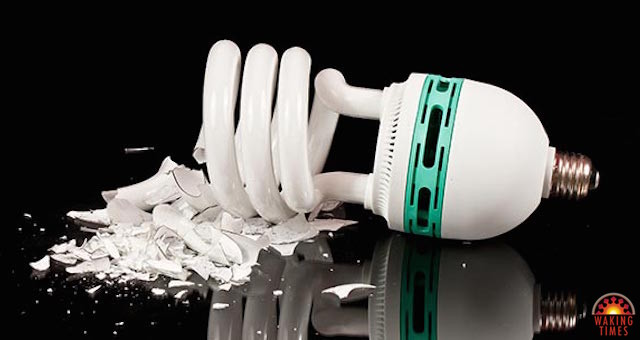 Compact fluorescent bulbs (CFL’s) are contaminating homes and the environment with mercury. They contain much higher amounts of mercury than other typical factors in the poisoning of people, often with many milligrams of mercury, whereas other factors in mercury poisoning are usually measured in micrograms. Thousands of times more than other typical mercury contaminants.

The damage done to people and the environment by mercury is well documented in papers found at sites like PubMed. According to a paper titled: “Current approaches of the management of mercury poisoning: need of the hour”:

“Mercury poisoning cases have been reported in many parts of the world, resulting in many deaths every year.”

So how much mercury is in a CFL light bulb, compared to amalgam dental fillings or contaminated food? Even micrograms of mercury are enough to cause long-lasting damage, and the light bulbs contain about 4 milligrams of mercury on average, thousands of times more mercury than is released regularly by mercury amalgam dental fillings, and possibly tens of thousands of times more mercury than eating contaminated seafood.

Micrograms of exposure to mercury make a difference over time, building up and eventually leading to serious symptoms, and mercury is one of the most difficult things to get out of your body, and one of nature’s most vicious neurotoxins.