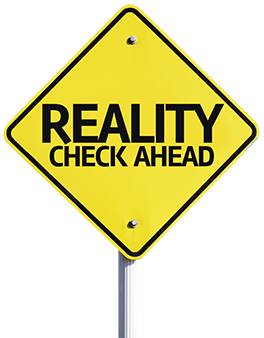 The first chapter in my book ‘The Art of Overcoming the New World Order’ is titled ‘How to stay perfectly brainwashed in the matrix’. I pose this set of instruction to demonstrate that we as humans make big decisions every day and no matter how much we try to escape reality and live in an alternate reality believing mainstream media lies and propaganda, everyone should be aware that there is a process for ensuring that one stays blind and dumbed-down all the days of their lives. Similarly today in 2017, as we close in on the conclusion of the first quarter of the year too many people are focusing on things that are relatively unimportant and very secondary to what is really happening. Far too many people are preoccupied with issues that are deliberately designed to distract from the big picture.

Mass deception is now the stunning norm. The entire Left is completely (and irreversibly?) disconnected from reality. Right wing Republicans are being told that terrorism and ISIS is a real threat that only more wars will fix and that waging more wars is necessary to keep America “safe”. Many Anarchists are zeroing in on anything that points to evidence of politician broken promises because these broken promises validate their core belief that the world should operate without any governments or nation state. The rationale being since statism is all bad then the perils and trials that come with the practice of statism are well deserved. In other words, “haha, told you so, it’s all your problem”. With all of these paradigms and beliefs occurring at the same time the grounds for keeping people focused on what is really happening and how to solve these problems become much more difficult to convey to the masses.

People everywhere are being lied to and deceived about what is most important today and these “issues” then become the primary focus of their lives. All of this while the big picture unfolds at record pace.